Ford has revealed updates to its Sync multimedia interface. This system will now support Apple CarPlay, Android Auto, 4G LTE and several new AppLink apps to improve in-car connectivity. Ford has announced that from this year, owners with Sync 3-equipped vehicles will get these updates. While the 2017 Ford vehicles will get all these features right out of the factory, the owners of the 2016 vehicles will be able to update to this version of the software soon. 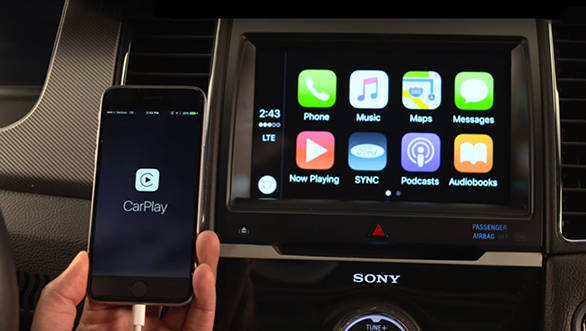 The update also gives Ford customers access to apps such as Concur, Eventseeker and Cityseeker. The Concur app keeps track of the number of kilometres that the vehicle is driven in case of a business trip where the driver has to produce records of the miles clocked. The Eventseeker and Cityseeker apps offer information on the city such as locations of restaurants, clubs and other attractions.

While we're not sure how many of these apps will be available to us in India, we are sure that the Sync 3 system will eventually make it here in Ford's upcoming cars.