It has been a question that we have answered over and over for the last five years. When is the KTM 390 Adventure coming? We can now tell you that KTM officials exclusively confirmed to OVERDRIVE that the KTM 390 Adventure is coming in 2019. No other specification and detail is known at this time. 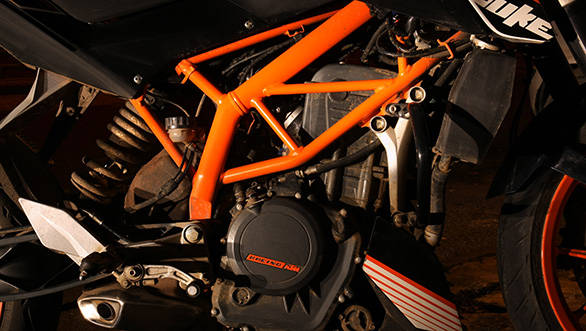 KTM has hinted - and then confirmed - that as they took the wraps of a full new generation of Adventure motorcycles (1090 Adventure and 1290 Adventure) at Intermot 2016, the SuperDuke and its siblings will be the centrepiece of KTM's presentation at EICMA in Milan shortly. This range currently includes the SuperDuke, the 690 Duke and the Indian-made 390, 200 and 125 Dukes. KTM will reveal the all-new 390 Duke at the EICMA show but it isn't clear if the all-new 200 and 125 Dukes will also be present. When asked, KTM officials said, "More details at Milan!"
Speaking to another official, we learnt that the KTM 390 Adventure prototypes based on the current platform didn't get far. The basic Duke frame, with long travel suspension, produced a very tall seat height and a ground clearance not significantly higher than the Dukes.

This leads us to infer than while the RC and the Duke are only separated by a change in steering geometry, the gap between the 390 Adventure and the 390 Duke will be significant. The chassis, at the very least, will have to be pinched aft of the engine compartment so that a reasonable seat height and the good ground clearance that marks a bike in this class can be created.
What class is that? KTM calls it Travel Enduro, which is light to moderate off-road capable but not a motocrosser or dirt bike. In fact, KTM points out that the reason the KTM Super Adventure and its brothers do so well in both on-road and off-road conditions is that while almost all of their competitors use a road-biased frames, the development of the line-up started with and sticks to Enduro-based frames as a rule.