Confirmed: Tata Hexa crossover to be launched in India later this year

Tata Motors will launch the new Hexa crossover in India later this year. This piece of news was confirmed to CNBC-TV18 by Mayank Pareek, president of Tata Motors Passenger Car Vehicles.

The Tata Hexa crossover debuted earlier this year at the 2015 Geneva Motor Show. While the basic silhouette reminds one of the Aria crossover, Tata Motors says that the Hexa is an all-new vehicle and also has an uprated powertrain. The Hexa has a beefy grille and looks quite imposing for a crossover. The Tata Hexa is expected to be able to accommodate six grown-ups and their luggage. Like the new age Tatas, even the Hexa crossover has a compact steering wheel unit coupled with high quality interiors. The concept showcased at the Geneva Auto Show 2015 also had ambient mood lighting inside the cabin as well as a bigger hi-res touchscreen infotainment system, most likely from Harman. 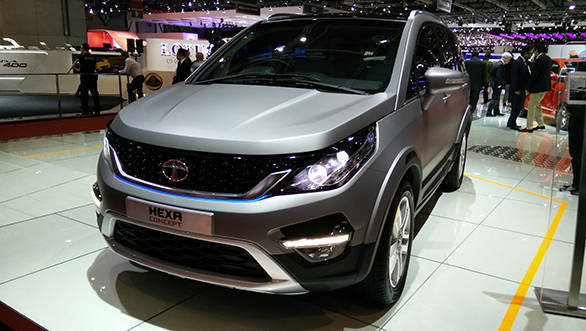 Under the hood lies the familiar 2.2-litre diesel engine. However, unlike other Tata cars where this engine is used, in the Hexa it makes 157PS of power and 400Nm of torque. In the concept it was mated to a 6-speed manual transmission, however, at the time of the launch, we expect an automatic gearbox as well. 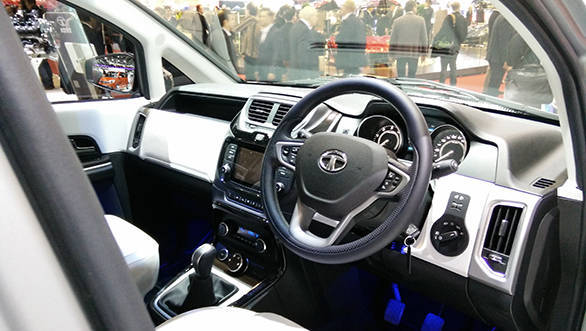 While Tata couldn't taste success with the ambitious Aria project, it will be interesting to see how the market reacts to this big crossover.

More from OVERDRIVE on the new Tata Hexa: