Given the ongoing Coronavirus pandemic, and the resultant state of the world, it's no surprise that the calendars of various motorsport events are being thrown into turmoil. The latest news comes from the world of F1, with the French Grand Prix becoming the most recent event to get the axe. The race, which was meant to be held at the end of June at the Paul Ricard Circuit, has now been cancelled. The decision to cancel the event came after the French government announced a ban on all major events until mid-July, along with travel restrictions that prevent people entering or leaving France. As of now, the French GP is the 10th race of the 2020 season that's been called off or cancelled. 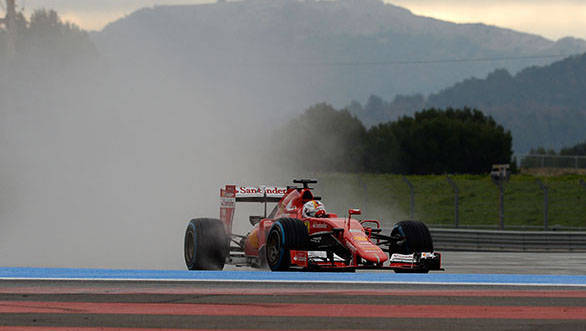 Chase Carey, Chairman and Chief Executive Officer of Formula 1, said of the cancellation of the event, " We have been in close contact with the French promoter during this evolving situation and while it is disappointing for our fans and the F1 community that the French Grand Prix will not take place we fully support the decision taken by the French authorities in France and look forward to being back at Paul Ricard soon."

Despite the many cancellations, it appears that F1 is hoping to hold 15 to 18 races during the 2020 season. The tentative plan is for racing in Europe to begin by the first week of July, followed, hopefully, by races across the globe.

In the meanwhile, the organisers of the British Grand Prix at Silverstone have said that they've taken the decision not to host the event with the public present. If it does take place, it will be held behind closed doors.

Silverstone chief, Stuart Pringle, stated, "We have left this difficult decision for as long as possible, but it is abundantly clear given the current conditions in the country and the government requirements in place now and for the foreseeable future, that a Grand Prix under normal conditions is just not going to be possible."

"Our obligations to protect the health and safety of everyone involved in preparing and delivering the event, our volunteer marshals and Race Makers, and of course, you, the amazing fans, means that this is the best, safest and only decision we could make," Pringle continued.

Of the F1 events that will take place this year, it is expected that the early races will not feature a viewing public. This was also confirmed by Carey, who said, "We will publish our finalised calendar as soon as we possibly can. We expect the early races to be without fans but hope fans will be part of our events as we move further into the schedule. We still have to work out many issues like the procedures for the teams and our other partners to enter and operate in each country."