A consumer court in Delhi fined Maruti Suzuki and one of its dealerships Rs 60,000 for refusing to repair a customer's car which had sustained engine damage. The owner, 70-year-old Balbir Singh had bought the Maruti Suzuki car briefly before the damage occurred, and it was still under warranty at the time. The Maruti Suzuki car's engine was hydrolocked while being driven through a waterlogged area following heavy rainfall. Singh took the company and dealership to consumer court, stating that he felt cheated on being charged for repairs to the damaged engine, demanding that either the dealer repair it under warranty or refund the car's price. Recently, Mumbai too had faced flooding in parts of the city after heavy rains, following which some car manufacturers had stepped up to offer quick recovery and repair of vehicles. In case you are stuck in a similar situation, here are some things to keep in mind. If your car does get caught in the water, here's what you should do. 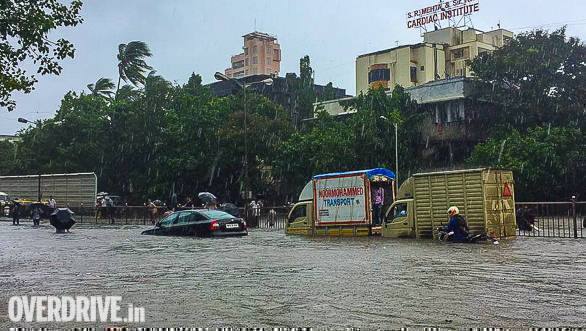 Two years ago, Singh was driving through a waterlogged area in Narela, Delhi when water entered the car's engine, causing hydrostatic lock. After having the car towed, he was told by the dealership that repair would cost him Rs 80,000. The dealership refused to entertain his demand for repair under warranty, leading him to file a consumer court complaint. During the hearing, Maruti Suzuki's counsel had argued that the car had sustained the damage due to negligent driving through a waterlogged area.

The court asked Maruti Suzuki what a consumer should do in case they are stuck in a waterlogged area - "drive it out of there or leave it there and swim away?". The court stated that the company had not mentioned in its terms and conditions that the vehicle should not be driven in waterlogged areas. It fined the company and its dealer Rs 50,000 for the harassment and agony faced by the senior citizen, and Rs 10,000 towards litigation cost and ordered them to repair Singh's car free of cost within a month.