The nationwide lockdown imposed to tackle the dreadful Coronavirus pandemic that was supposed to end on May 3, has been extended by two more weeks by the Government, which will now run till May 17. All the states in the country have been segregated in the form of Red, Orange and Green zones which have different levels of restrictions pertaining to the movement of public and essential goods in the respective areas. These zones will also be revised every week, depending on the existing number of cases and also the doubling rate of cases seen in the last 21 days. 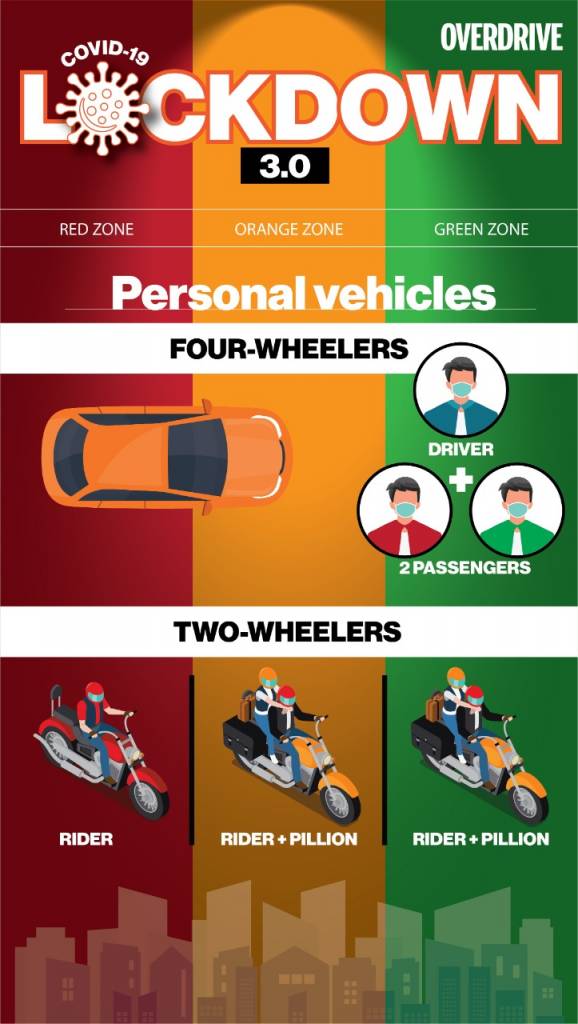 Additionally, the containment areas that are located in the red, orange and green zones will have stricter restrictions that will almost not allow any movement of transport and even public. Colonies, wards, villages and panchayats are the kind of regions that will be tagged as Containment zones. Even though the central government has mentioned the necessary guidelines for all the three zones across states, the State Government and the Union Territories can make revision in timelines of the restrictions. They can also re-classify zones to higher levels, for example, Green zone and Orange zone can be re-classified as Orange and Red zones respectively. However, they cannot lower the already set zones, which means a Red zone cannot be reclassified as an Orange or Green zone.

The Lockdown 3.0 mentions of a uniform restriction on the movement of airplanes, metros and trains and also inter-state movement of vehicles on road. This will be followed across the country with exception only in the special case of medical emergency or for security purpose. Along with that, places of mass gatherings like malls, cinema theatres, and restaurants have been ordered to remain shut. The containment zones will see stricter supervision that will allow the movement of public only for the supply of essential goods and services.

The states that come under the Red zone will see movement of four- and two-wheelers, but under a condition. The four-wheelers can only have two passengers in addition to the driver whereas the two-wheelers will be allowed on the roads without a pillion. Public transport such as buses and auto rickshaws will not be allowed. States tagged as Orange zones will allow taxis, regular and the ones run by cab operators, with two passengers only. Private four-wheelers too will be allowed with the same combination of driver plus two passengers. However, buses won't be allowed. Further, inter-district movement in vehicles are allowed provided the owners have the required permit. This can be availed online by checking the state websites and filling the necessary details mentioning the purpose of visit, etc.

The Green zone places will have the universal restrictions as mentioned above, which means the movement of airplanes, trains and metro will still not be allowed. However, for movement in the city, buses will be allowed to ferry public only with 50 per cent of its seating capacity. This will ensure that the passengers in the bus maintain social distancing while being seated in the bus. Further, the depots too have been instructed to function only with 50 per cent of its total operational capacity. The movement of goods from one state to another will be allowed without a permit. This will ensure that there are no blockades to the supply of essential goods and services to different parts of the country.