The number of COVID-19 cases are on the rise in India, and a section of the population - the daily wage labourers - have been put in a very unfortunate position because of the lockdown measures instituted by the government. In a bid to make sure that their lives are just a little easier, Indian rally driver Sunny Sidhu has begun distributing food to families in need in his hometown of Chandigarh. 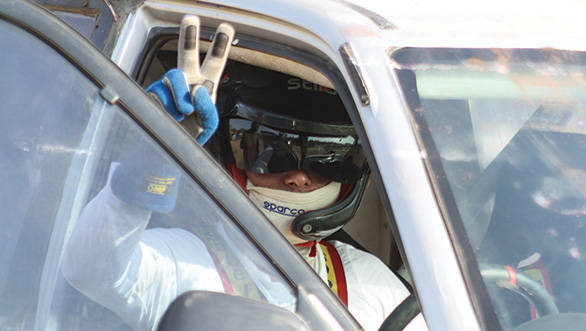 The Indian rally driver, who has seven Desert Storm titles to his name, was spurred into action when he realised that domestic workers and daily wage labourers were planning to walk back to their villages, since a lot of them had lost work. When he investigated, and realised that the situation was so terrible that several families appeared to be going hungry, he stepped in. Sidhu put down Rs 4.5 lakh of his own money, and with the help of volunteers, began putting together bags of food. Each bag contains 5kg of flour and rice, 1kg of lentils, and a packet each of tea, turmeric, chilli powder and salt.

The fact that distributing the bags, and following the rules of social distancing at the same time, were tricky, meant that the team needed the help of the Punjab Police to ensure that the food reached the people who needed it the most in a safe and orderly manner. As of now, the rally driver has said that they've managed to distribute food to 1,000 people, and have already managed to put together another 1,000 bags of food that will soon be distributed.

Sidhu has said that while there are people who have been willing to contribute monetarily, and help him in his efforts, he hasn't yet required any financial assistance.

Sidhu isn't the only Indian athlete who is pitching in to help people cope with the COVID-19 crisis. Bangalore-based rally-raid athlete, and 2019 FIM Bajas World Cup Women's Title champion, Aishwarya Pissay has also been distributing food to people in need. The TVS Racing athlete requested followers on her Instagram page to look around them, and see if there were people in need who they could potentially help, and then go do it.