The National Company Law Appellate Tribunal (NCLAT) has ordered that Cyrus Mistry be reinstated as head of Tata Sons, the holding company of the Tata Group and in effect owners of companies like Tata Motors, Jaguar Land Rover, Tata Consultancy Services, Tata Power, and so on. He was fired from his position after the group's performance during his tenure was deemed unsatisfactory, and replaced by N Chandrasekaran, who previously headed TCS.

Cyrus Mistry's family are owners of the Shapoorji Pallonji Group and the largest minority stakeholders in Tata Sons. He was appointed as Tata Sons' chief after Ratan Tata resigned from this position in December 2012. The NCLAT has stated that the manner in which Mistry was removed from his post is illegal and not in accordance with the Companies Act. The two-person bench initiated for this enquiry argued that since the nominee directors of the Tata Trusts (Tata Sons is majority-owned by charitable trusts) have an overriding vote on all decisions taken by the Tata Sons board, Cyrus Mistry couldn't be at fault for any mismanagement that might have taken place. 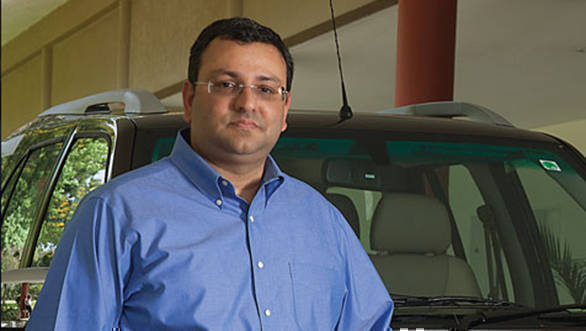 The NCLAT has also said that the conversion of Tata Sons from a publicly-traded company to a private one is illegal and against Section 14 of the Companies Act, 2013. The reinstatement order becomes effective four weeks from the announcement yesterday, December 18. In this time, Tata Sons will be able to challenge this order and present its case, a move that the company is working on at the moment.

This is the latest development in a long legal battle that began soon after Mistry's ouster. He had moved the National Company Law Tribunal in December 2016 to challenge his ouster, but the body waived his plea. He then moved the NCLAT in October 2018. However, Mistry is unlikely to take up his reinstated positon. He said of this judgement, "Today's judgement is not a personal victory for me, but is a victory for the principles of good governance and minority shareholder rights." The Tata Group's response through its group general counsel Shuva Mandal has been that it has acted in all fairness. The firm will take appropriate legal recourse, and believes that it has a strong case on its side.