The two Sherco TVS Rally Factory riders, Alain Duclos and Fabien Planet, have had a consistent performance in the 2015 Dakar Rally thus far. Alain Duclos has managed to repeatedly put himself in the top 10 during the stages and thus overall in the motorcycle category too. Fabien Planet on the other hand has ridden perhaps more cautiously and has maintained himself in the early 20s in terms of stage position and overall standings in the category. 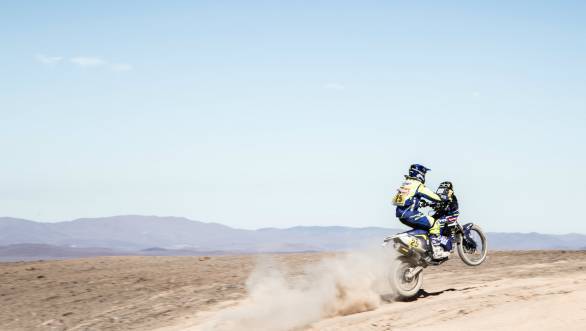 Things only seemed to get better for the two Sherco TVS riders as the Dakar progressed into its eighth stage - the marathon stage for motorcycles and quads - running from Uyuni to Iquique along the Bolivian salt flats.

Fabien Planet managed his personal best stage finish of the Dakar, slotting into the rankings 17th with a timing of 3hr 08min 57sec, which was 12min 48sec behind stage winner Pablo Quintanilla. This also saw him ranked 15th overall in the motorcycle category of the event after the eighth stage. 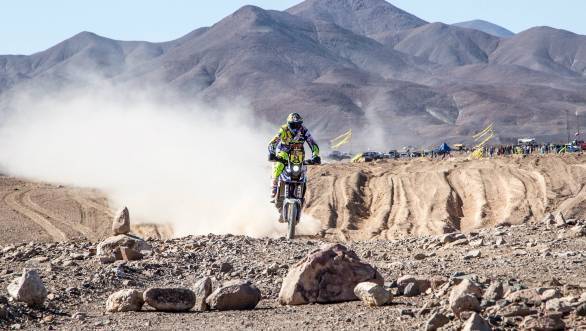 The other Sherco TVS rider, Alain Duclos, continued his consistent performance. Duclos finished a fine seventh place in Stage 8 with a timing of 3hr 3min 01sec, a mere 6min 42sec behind the stage winner. This also means that Duclos is currently ranked seventh overall in the motorcycle class of the event.