The Spanish Peugeot driver took the win on Stage 9 after it was shortened due to extreme heat conditions. The Peugeots that have so far been strong in the Dakar have began to show signs of struggle as the Minis draw closer. Nevertheless, the Spaniard managed to beat two Minis of Erik Van Loon and WRC star and Dakar first timer Mikko Hirvonen to the top spot.

Sebastian Loeb who was leading the Dakar till a topple just 20km to the finish in stage had another day of difficulty in the sand dunes. Stephane Peterhansel who inherited the lead from Loeb slipped back on stage 9 and is now in second place. Qatari driver Nasser Al-Attiyah had a great start to the stage but lost momentum in the later parts and completed in 5th spot. He ranks third overall in the standings. 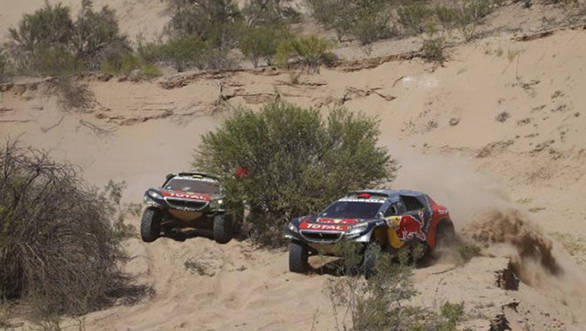 KTM rider Toby Price put in another amazing performance to take the stage win and build a comprehensive lead over Honda rival Paulo Goncalves who had an impact to his radiator that lost the Spaniard precious time. Honda's Kevin Benavides and KTM rider tefan Svitko finished the stage in second and third respectively. 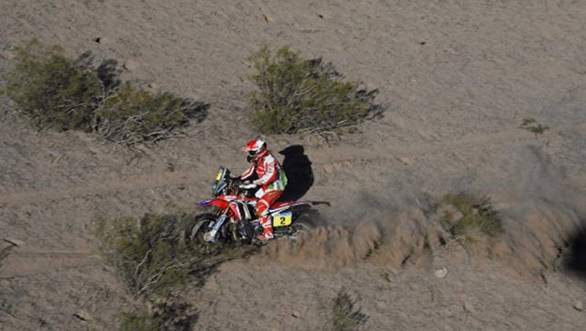 In the quad category, Argentian Pablo Copetti took the win on his Yamaha, thus ending the dominating run by the Patronellis. In the stage, Alejandro finished ahead of his brother Marco but the later has climbed into the overall lead. 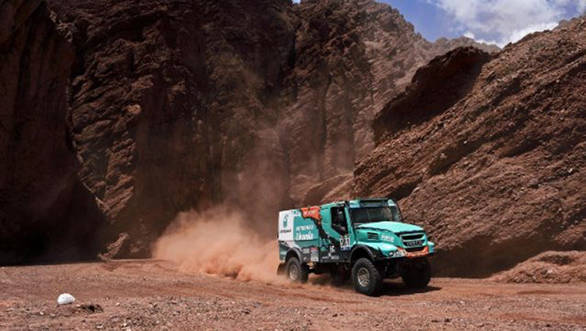 Meanwhile, Gerard De Rooy won the stage in his Iveco truck and was followed by Ton Van Genugten and Andrey Karginov.