It's been a tough start to the 2016 edition of the Dakar. To begin with the Prologue had to be truncated due to an accident six kilometres into the stage. Then the torrential rain meant that the first stage of the event had to be cancelled. But things finally got underway in earnest with the second stage of the Dakar, which ran from Villa Carlos Paz to Termas de Rio Hondo, although since the weather had wreaked havoc with this stage too, it was shortened to half its length. And, as was expected, there were winners and losers. 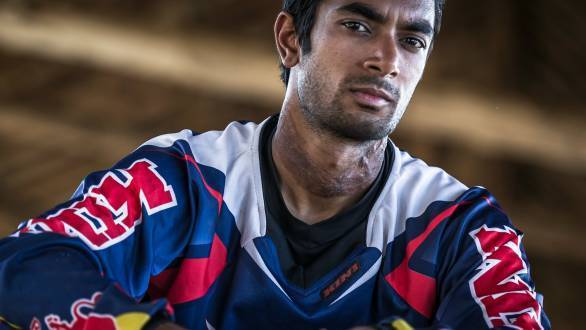 CS Santosh ends the Stage 2 97th in the motorcycle category

Let's start with the Indian contingent at the Dakar. CS Santosh, who started the stage 127th, managed to make up places, ending the day 97th in the motorcycle category. But it wasn't an easy stage for Chunchunguppe Shivashankar, as you'll find him listed in the Dakar's official entry list and timing sheets. Santosh, riding a Team Suzuki Rally Spain run 450 Rally, struggled through the stage. The Suzuki had issues aplenty, and needed to be repaired along the way, mid-stage. The bike struggled with reliability and top speed too, which meant that Santosh was only clocking approximately 134kph, not ideal at this stage of the Dakar. The bike issues that cropped up after CP2 also meant that he slipped down the order from 78th, where he was running at one point on Stage 2, to 97th, which is where he ended the day. Santosh is hoping that the tide turns for him and the Spanish Suzuki team, but it's early days yet. 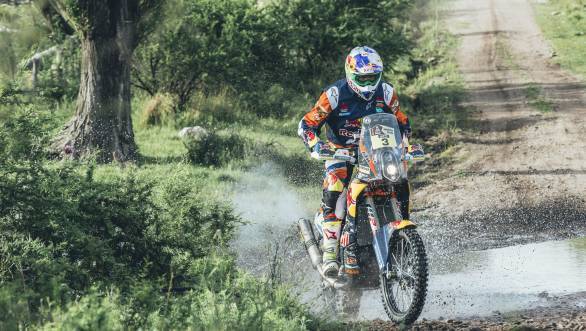 The man at the head of the timing sheets was Australian rider Toby Price. Price, astride his KTM 450, completed the stage in 3hr 53min 09sec. He came under considerable pressure from Husqvarna rider Ruben Faria, who spent a fair amount of time at the head of the order himself. While Faria ended the day second in the motorcycle category, the real surprise came in the form of Alain Duclos who managed to get his Sherco TVS (that other part of the Indian contingent) to third place. Given that he finished ahead of the factory KTMs of Matthias Walkner and Stefan Svitko, as well as ahead of the factory Hondas of Joan Barreda Bort and Paulo Goncalves, it was quite an achievement.

In the quad category it was an all-Yamaha front row. Ignacio Casales, who missed out on a Dakar win last year, finished at the head of the order. Following him rather closely was Brian Baragwanath, with Alejandro Patronelli third.