There's something about Sebastien Loeb. No matter what it is you throw at the Frenchman, whether it is rounds of the World Rally Championship that range from the Rally Monte Carlo to Rally Finland, or whether it is Pikes Peak, he manages to go calmly into it all and somehow emerge victorious. Now he's gone and done it at the Dakar, taking his first stage win at the event! 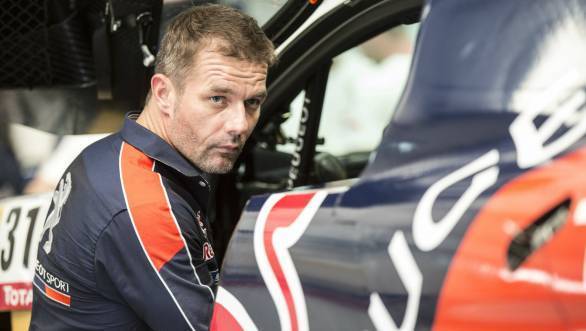 Sebastien Loeb took stage win in the car category of the Dakar, proving he isn't going to let a little inexperience in the desert stand in the way of things

Although Loeb probably wasn't expecting to win a stage this early on, he did just that in his Peugeot 2008 DKR16. Loeb ended the day 2min 23sec ahead of his team-mate Stephane Peterhansel. And while Peterhansel himself might be surprised by just how good Loeb's proved to be thus far, he is also quite comfortable, given that he's got plenty of Dakar experience under his belt, which might just come in handy at later stages. Finishing third, behind the two Peugeot drivers, was Toyota's Giniel de Villiers. Mikko Hirvonen was the best of the rest in a Mini, while last year's winner, Nasser Al-Attiyah finished ninth in the car category after his Mini suffered a puncture. Peugeot's Carlos Sainz had engine trouble that put him down in thirteenth place.

It was a good way to start his campaign at the 2016 Dakar for Dutch pilot Hans Stacey who took command of the truck category. Stacey, who won the event in 2007 and has only just switched to the MAN team for 2016, won Stage 2 of the event. Following rather closely was Pieter Versluis, 48 seconds adrift, while Gerard de Rooy finished the stage 1min 51sec behind. The first Kamaz truck lined up eighth, piloted by 2015 winner in the class, Airat Mardeev.