French racer Stephane Peterhansel has taken the overall lead in the 2016 edition of the gruelling Dakar Rally after his team mate Carlos Sainz' Peugeot suffered mechanical issues during the Tenth Stage. Sainz was leading in the early part of the stage but got lost and his car picked up a puncture costing him valuable time. After repairs he tried to make up lost ground but his efforts were futile following a gearbox issue that made it impossible to continue and finish the stage. 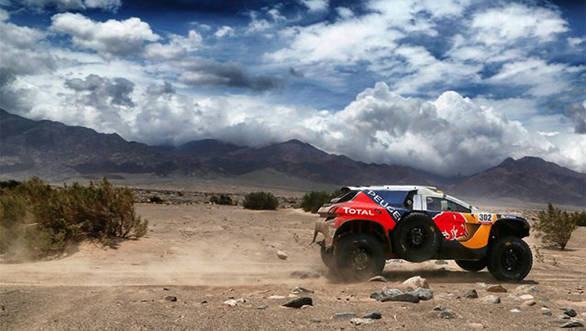 Peterhansel set a blistering pace and finished the stage a little under four hours. In second place was fellow frenchman Des Peres who finished after five minutes and four seconds. In third was Russian driver Vasilyev who trailed by 12 minutes and 56 seconds in his Toyota. Nasser Al Attiyah, second overall, had an eventful day when his Mini barrel rolled 10km into the Special Stage. At the end of Stage Ten Stephane Peterhansel heads the overall leader board of the 2016 Dakar Rally with a lead of over an hour over Nasser Al Attiyah. 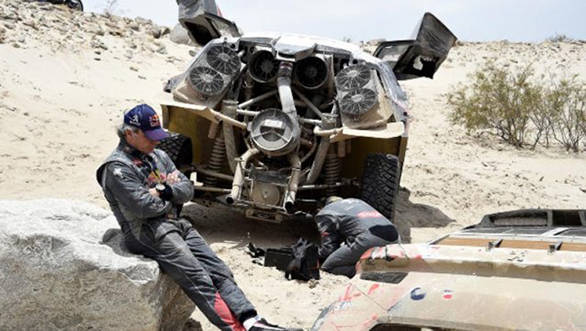 A despondent Sainz after being forced out 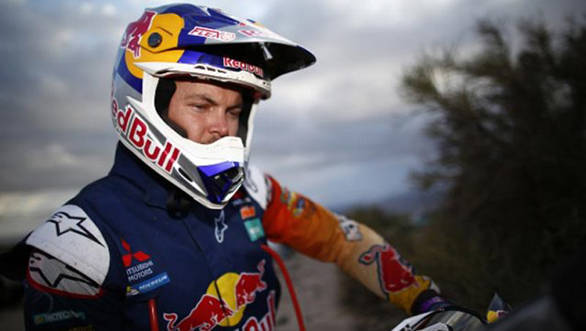 Paulo Goncalves, who finished stage eight in second, suffered a setback when a tree branch hit his bike's radiator forcing him to get his bike towed. After quick repairs he managed to finish the stage in fourth and was lucky to retain his third overall position in the rally. 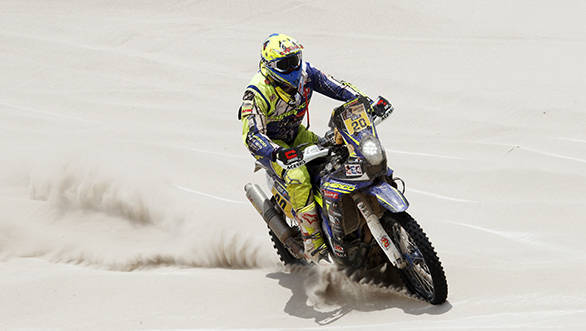 It was a tough stage for the Sherco TVS Racing team as their campaign suffered a massive blow. Joan Pedrero fell off his bike, thus sustaining injuries to his head. Although he is out of danger, the medical staff has advised him to withdraw from the Rally, ending his campaign. His team mate, Alain Duclos faced a few difficulties too but managed to complete the stage. It'll be up to him and his teammate, Florent Vayssade to try and get the team on the podium.