Dakar 2017: 39th edition to be flagged off from Paraguay

The Dakar Rally, one of the toughest motorsport events in the world, had completed 38 seasons after the 2016 edition.

Now the organisers have announced the dates and route for the 2017 edition. The next Dakar Rally, which will make its way into Paraguay for the first time, will be flagged off from the capital city of Asuncion on January 2.

Paraguay will be the 29th country to host the Dakar since its inception in 1979. The rally route heads shortly into Argentina before heading to Bolivia for five stages. Following that, the participants and their teams will get some time to breathe during the rest day at La Paz, which is situated 4,000 metres above sea level.

The second week of the Dakar Rally will take participants back into Argentina for the final stages, before finishing off at Buenos Aires on January 14. According to Etienne Lavigne, the rally director,

"In 2017, the exploration in South America continues with a route that will feature a majority of new roads and tracks for the competitors to discover." 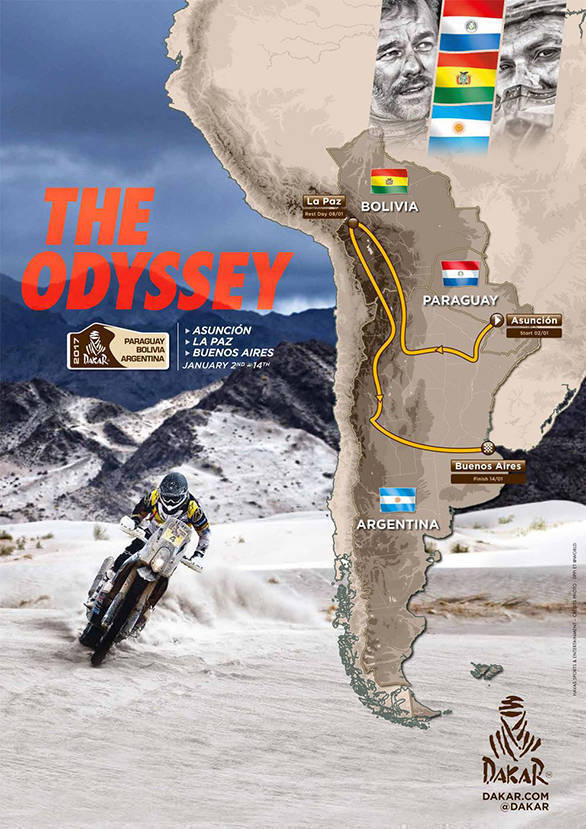 In the 2016 edition, Stephane Peterhansel took his 12th Dakar win in a Peugeot 2008 DKR, while Toby Price took his first one on a KTM 450. CS Santosh meanwhile, had to retire from his second visit to the Dakar, when his bike's navigation tower broke in Stage 4.