The weather forecast before the start of the 2017 Dakar was right about the rains in Bolivia. The heavy rains during Stage 5 washed out part of the tracks in the second half of the 438km competitive section, which forced the organisers to cut it short at the 219km mark. While this might look like some form of relief for the competitors, the rains had only made things tougher. It dropped temperatures further in the high altitudes, and even led to hail storms. 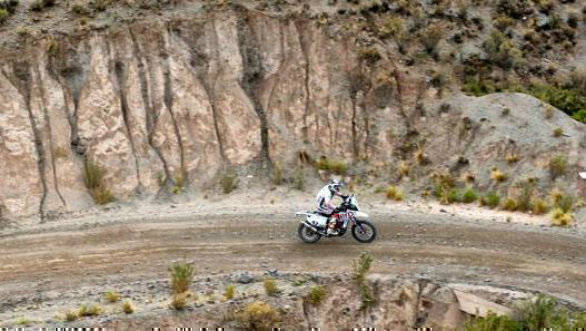 Powering through and making it to the finish line were Hero MotoSports Team Rally's Joaquim Rodrigues and CS Santosh. Rodrigues managed to finish the stage in 2hr48m36s, finishing 11th in the stage. This pushes him up to 11th in the overall standings too, 1hr10m20s behind the leader, Sam Sunderland.

Santosh meanwhile, continued his conservative approach and managed to finish the stage in 60th place with a time of 3hr42m37s. He currently stands 70th in the overall standings, up seven places since yesterday.