Dakar 2017: Stage 9 cancelled due to massive landslide and heavy rain near Salta

The rains have been unforgiving during the 2017 Dakar Rally, and it has forced organisers to continually change and sometimes cancel certain parts of the stages. Stage 5 was the first stage to be cancelled, and now due to a massive landslide and more rain, Stage 9 from Salta to Chilecito has been cancelled too. The landslide had blocked the road heading to the bivouac in Salta, and has forced several teams to take a 200km detour via San Antonio de los Cobres. This meant that they would not make it in time for the start at Salta. 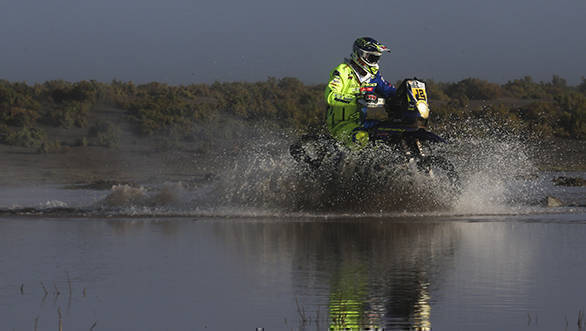