After 14 long days of rallying, the riders of the Hero MotoSports Team Rally outfit crossed the finish like at the 2018 Dakar Rally in Cordoba. It was an emotional affair for the team, especially since this was only their second outing at the gruelling rally raid, and they managed to break into the top 10 overall. The team's rookie rider, Spaniard Oriol Mena who is a former Junior World Enduro Champion, ended the 14th stage of the rally, in Cordoba, in sixth position. This meant that he ended the rally in seventh place overall, a terrific debut at the Dakar. The finishing position also earned him the best rookie trophy at the rally. 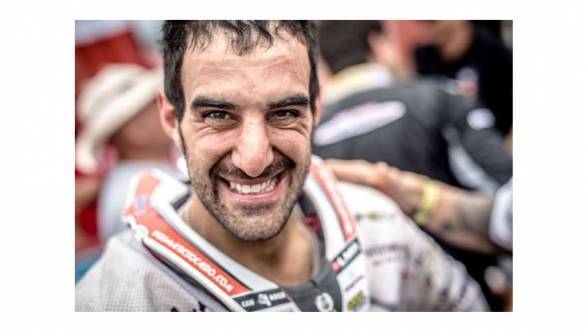 Oriol Mena after finishing the 2018 Dakar in seventh position overall

Meanwhile, CS Santosh managed to clinch his best-ever finishing position at the Dakar Rally. The Indian rider ended Stage 14 in 32nd position, which meant he was 34th overall at the end of the event. Given the fact that the stages this year were so very difficult, it was a terrific performance from Santosh too. 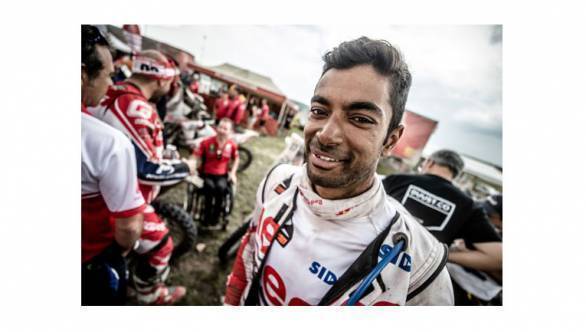 Speaking after the event, Wolfgang Fischer, team manager of Hero MotoSports Team Rally said, "Finishing this Dakar at Cordoba is really the toughest experience in our Dakar years so far. Starting with the accident of Joaquim Rodrigues, getting into the tough stages at Peru, seeing all our guys overcoming difficulties with bravery, Mena improving with every stage and learning the Dakar mode fast, seeing CS and Mena making their way through the finish, is just a privilege. Santosh getting his best ever result in which was the toughest Dakar is an achievement we are really proud of. For Oriol Mena, it was a big accomplishment to finish in the top 10. He kept going up the rankings while maintaining his position in top 10 in the last few stages gives a lot of confidence for the team's future." 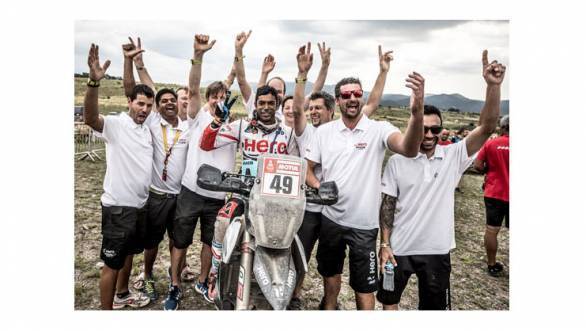 Mena, understandably, was pleased with his performance. "I am really happy with my results. I enjoyed the last stage a lot and it felt as if these 120 kms were longer than my life. I am at the finish line and also won in the rookie class so it's a real good result and what can I say, dreams do come true," the Spaniard gushed.

CS Santosh said after crossing the finish line, "It was a tough Dakar this year for sure, every day you had to bow down to the stages. I had lots of ups and downs, some high points in the beginning, then some lows as well. I think it was everything that you would envision a Dakar to be. Lot of stages we off-piste but much difficult from before. I am happy to make it to the finish line of another Dakar. My best Dakar so far so I am really happy to be going home with that."