The final stage of the 2018 Dakar Rally was held in Cordoba, Argentina. The Sherco TVS team's lone rider Joan Pedrero Garcia finished the last stage of the event, Stage 14, in 10th position. This meant that he ended the rally 11th overall, a fine result for the rider and the team. 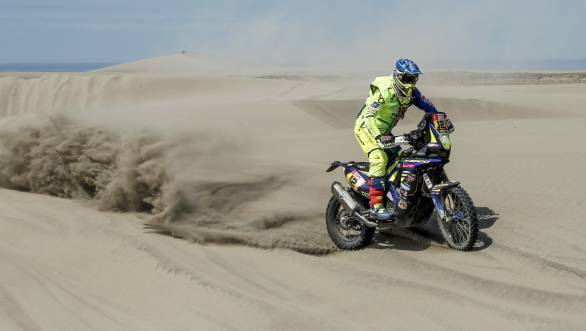 The result is a bright spot for the Sherco TVS Rally Factory Team, in an event that was marred by injury for two out of their three riders. The team lost Adrien Metge on the second stage of the rally, when he crashed and broke his leg. Then, KP Aravind, who was riding steadily on through the first four stages of the rally, crashed out and broke his right ankle on the fifth stage.