The final stage of the 2019 Dakar Rally, Stage 10, moved from Pisco to Lima. Of the total 359km, 112km comprised the special, and it was a final dash to the finish line for all competitors.

It was a day of intense rallying for the two remaining riders from the Hero MotoSports Team Rally outfit (Indian rider CS Santosh had crashed out earlier on Stage 5 of the rally). Going into the final stage, Oriol Mena was ranked 9th overall, while Joaquim 'JRod' Rodrigues was ranked 17th overall. All the two needed to do was make it safely home to the end. If Mena managed to make it to the overall top 10, it would be his second top 10 finish in what was only his second Dakar, with the Spanish rider having finished 7th in the 2018 edition of the event. 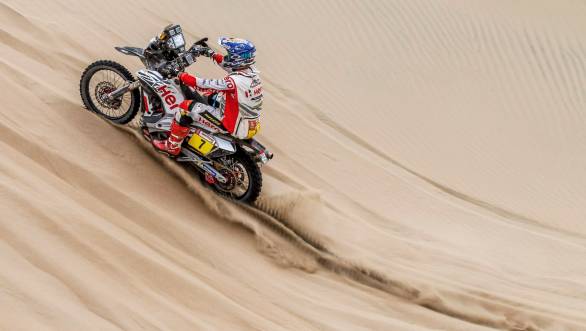 As luck would have it for Mena, he managed to ride steadily through the stage, ultimately ending Stage 10 17th overall. This meant that he was able to retain his ninth position from the previous stage, ending the 2019 Dakar Rally in ninth place overall. 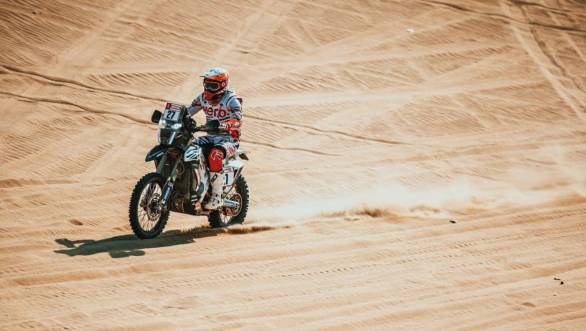 It had been a tougher rally for his Hero MotoSports Team Rally teammate, JRod. To begin with, JRod had crashed out of the 2018 edition of the Dakar, injuring his back seriously, which meant that 2019 was his big comeback at the world's greatest rally raid. The eighth stage of the 2019 edition also involved a crash for JRod, which meant that he rode the ninth stage in considerable pain. However, going into the final stage, the Portuguese rider was able to do exceptionally well and managed to end the stage 12th. This meant that JRod retained 17th place overall in the standings at the end of the 2019 Dakar.

The 2019 edition of the Dakar was the Hero MotoSport Team Rally outfit's third attempt at the legendary rally.