Stage 2 of Dakar 2020 led competitors from Al Wajh to Neom, forcing them to come face to face with far more than just sand dunes. The day brought forth navigational challenges, rocky terrain, and poor visibility due to all the dust. 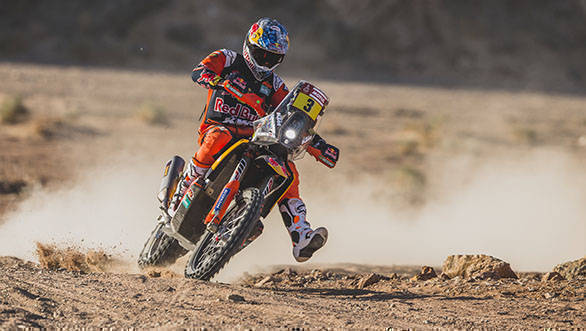 Emerging ahead in the motorcycle category, was Sam Sunderland of the Red Bull KTM Factory Racing Team, who leads the overall standings. Stage victory, however, went to Ross Branch, who gave his home country Botswana its first Dakar stage win. It was a hard day for yesterday's winner, Toby Price, who opened the stage, and lost time as a result. The Australian rider could finish no higher than 15th in the stage, which puts him 9th overall after Stage 2. Pablo Quintanilla, of Husqvarna, is ranked second overall, while Monster Energy Honda's Kevin Benavides is ranked third overall after the second stage of the rally. 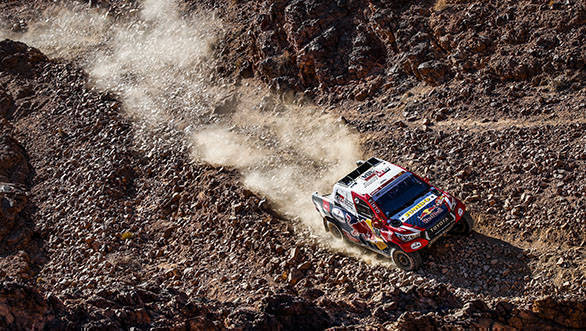 Giniel de Villiers and Alex Haro in the Toyota Hilux of the Toyota Gazoo Racing navigating through the rocks during stage 2 of the Dakar Rally, between Al Wajh and Neom, Saudi Arabia, on January 6, 2020. // Florent Gooden

In the car category, South African driver Giniel de Villiers took stage victory in the Toyota Hilux. This makes him the first driver in history to have Dakar stage wins on three different continents. He was aided to the head of the timing sheets because of navigational errors that held his rivals Nasser Al-Attiyah, Carlos Sainz, and Stephane Peterhansel at bay. 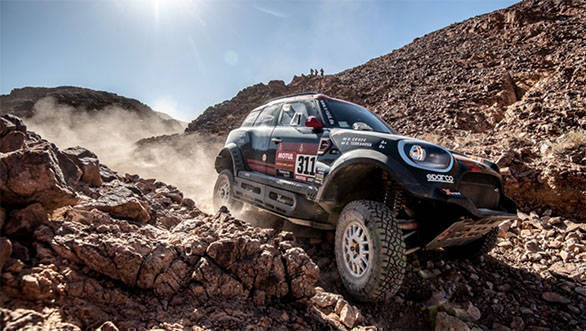 Meanwhile, double F1 champion and twice Le Mans winner, Fernando Alonso and navigator Marc Coma, hit trouble in their Hilux, which forced them down the order to a 63rd place finish. In the overall standings, it's Orlando Terranova who leads the way in his X-Raid Mini JCW, while Sainz is ranked second overall, followed by Al-Attiyah in third. 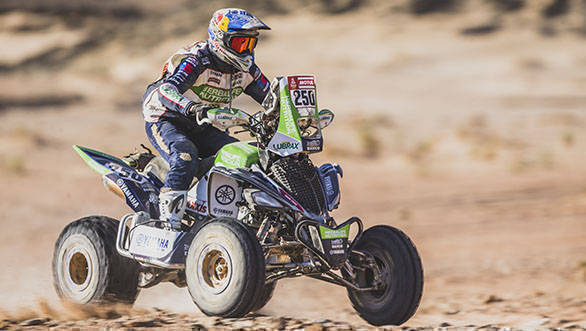 Ignacio Casale took another stage win in the Quad category, which means he continues in the overall lead. Francisco Lopez took victory in SS2 in the SxS class, ensuring him the overall lead. While Siarhei Viazovich of Maz-Sportauto finished first in the Truck class, beating out the mighty Kamaz team, and moving him to the head of the overall standings. 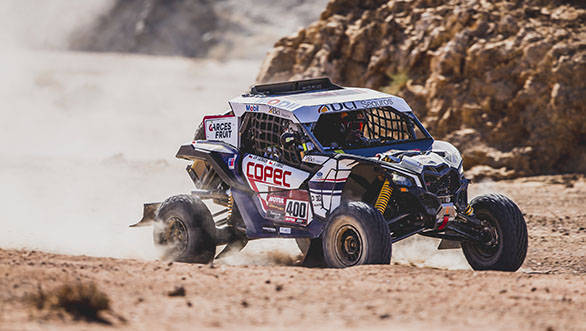 The Originals by Motul class (formerly the Malle Moto class) saw Emanuel Gyenes of the Autonet Motorcycle Team take both the stage win and the overall lead in the event.