Datsun today revealed their first sketches of their debut product for India, which is scheduled to have its world premiere on July 15 in New Delhi. The as-yet unnamed car is their first product and is designed for India, and the rest of the Datsun lineup is set to follow. Nissan had announced the return of the Datsun brand just over a year ago. Datsun is expected to become a value-oriented brand that Nissan will use to gain volumes and expand their footprint in high-growth markets like India, Indonesia and Russia. South Africa is slotted for 2014. 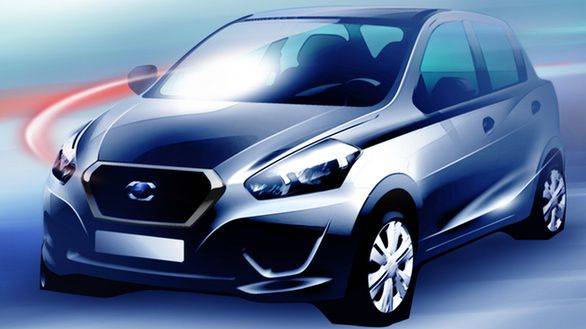 Datsun has clarified that while models will be individually tailored to markets, they will be underpinned by shared platforms, something that Datsun is so far calling "common inspiration". Datsun says its cars will offer its customers "an engaging driving experience", "peace of mind ownership", and "accessibility at the right and transparent price with a competitive total cost of ownership". Datsun intends to rely on Nissan's global experience to achieve this ambitious mix for its cars.

"Datsun will bring competitive products and services, modern and aspirational, while at the same time reassuring, providing superior value and specifically developed for the emerging and ambitious new Middle Class in high-growth markets. The Datsun cars will be locally developed with the support of Nissan Motor Company engineers and stylists and will be locally produced", said Vincent Cobee, Head of Datsun.

Datsun will launch its website later today, and brand and product information will become available after the global launch in New Delhi. The car will actually go on sale next year. 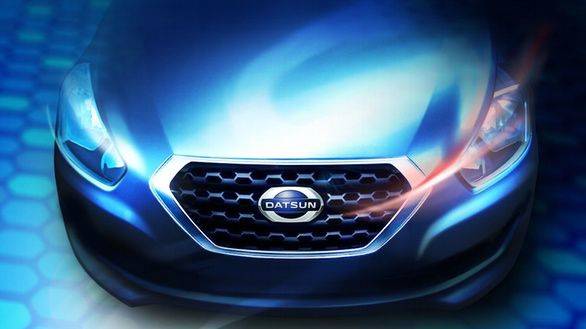 The sketch shows a lot of detail in the grille, with a prominent and very Nissan-inspired badge in the middle

Datsun originally started in 1914 in Japan, called 'Dat-Go'. The 'Dat' bit means "lightning fast" in Japanese, but was also an acronym for the first letters of the family names of the three financiers who promoted the business at the time  Den, Aoyama and Takeuchi. Initially, the 'Dat' was further expanded for marketing to "Durable, Attractive and Trustworthy". Datsun became part of Nissan in 1933 and the first car was called the 'Datson'. The most famous car from the Datsun lineup remains the Fairlady - also called the "Datsun Sports" in some markets - from the '60s. The Fairladies were a cheap and effective alternative to the European sportscars of the time, from the likes of MG, Triumph, Fiat and Alfa Romeo. Most famously, of course, Fairladies led to the iconic 'Z' car. The Fairlady Z or the Datsun 240Z was, in 1974, the first generation of Z GT 2-seat coupes, and are still highly regarded for their blend of practical, involving performance.

Let us know what you think of the sketches in the comments.