Discovering the sport at the Land Rover Experience

You have just bought a brand new, swanky SUV which boasts of features like hill descent control, traction control, stability control and many more. These features look great in brochures with a detailed explanation of how they function but do you have the courage to test them by yourself? Considering the premium amount you've paid to get this machine, chances are you might be sceptical of venturing down the untrodden path.

However, Land Rover believes that its SUVs are meant to be driven on challenging terrains and aren't mere posers. To prove the same, the British car marque has a special programme called the Land Rover Experience which is held all over India. Unlike other drive events where manufacturers chalk out artificial tracks, Land Rover makes participants drive through natural terrain. 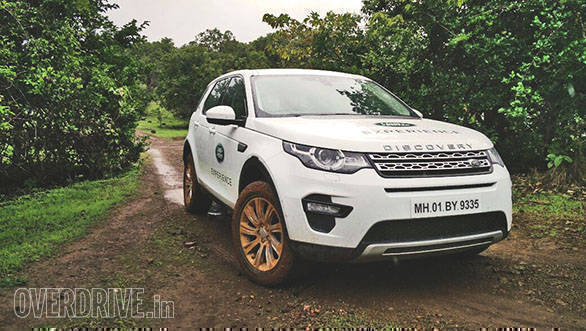 When Land Rover invited us to be a part of its off-road experience, the idea of muscling its premium line-up of SUVs through mud and slush was exciting. The fleet consisted of eight Discovery Sports and two Range Rover Evoques, while the pilot car was a Range Rover Sport, driven by Ashish Gupta, director of Cougar Motorsports. The location, 19 Degree North, is a state-of-the-art adventure park in Aamby Valley with vast surrounds of trees and challenging terrain. I've been on this track earlier in a Mahindra Thar and was mighty impressed by the challenging surfaces. Driving a sub-Rs 10 lakh SUV is one thing, but driving something over Rs 50 lakh through the same course is a totally different experience.

It started with a technical briefing where Ashish explained some of the features of the Discovery Sport along with the different aspects of off-road driving. Each driver was assigned an instructor who then guided us to the SUV fleet. I was driving the 2.2-litre 150PS/400Nm Discovery Sport which according to Halley is refined, has impressive NVH levels and has a likeable linear power delivery. Read all about it in his review. 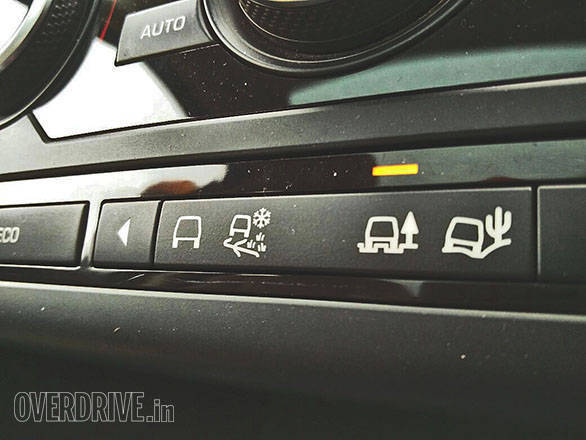 The Discovery Sport comes laden with Land Rover's famous off-road tech, the terrain-response system, which controls engine torque, traction control and adjusts the all-wheel drive system according to the type of terrain. In addition to the general mode, it has three other off-road modes: Sand, Mud-Ruts and Grass Gravel Snow.

Before setting off, my instructor, Srivathsan Vallabhan, gave me a few tips on the steering technique while driving on such terrains. Then finally, we set off.

At the very beginning of the track was a steep descent which needed the hill descent control to be at the slowest speed. By doing that, it felt like it was on auto-pilot as the vehicle did not need any throttle or brake input. The sensors and the computers were working in tandem, locking each wheel separately, keeping the vehicle in perfect control. 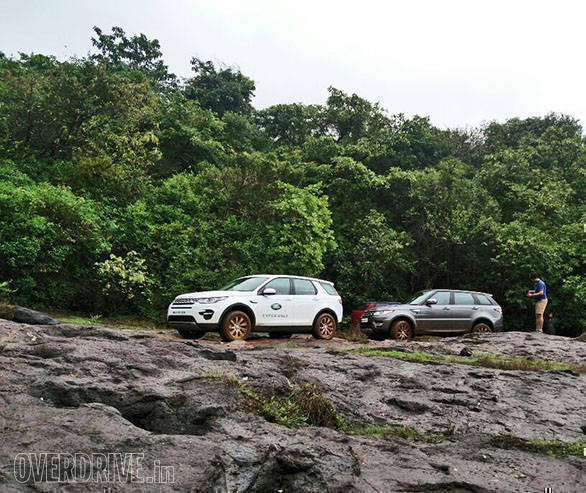 As we proceeded, the terrain started getting more challenging with uneven surfaces, tricky turns and a water crossing. It is amazing to see the army of computers playing around with various functions to make sure the vehicle keeps crawling without a hitch. We were on the Grass Gravel Snow mode which reduces throttle response on slippery surfaces. We shifted to the Mud-Ruts mode while driving over deeply rutted surfaces which demanded aggressive throttle response while gear shifts are later.

The best part of this experience was in the end while crossing the water. On paper, the Discovery Sport is very reassuring with its 600mm water wading capacity, 25 degree approach angle, 31 degree departure angle and an obstacle clearance length of 212mm. However, testing all of that in real-world conditions can make you a bit iffy. As soon as the Discovery Sport entered the small waterhole, the water almost reached up to the top of the bonnet. I must say that was quite a sight. But by this time, I had learned all the tricks and was gentle on the throttle with minimal steering movements. The Discovery Sport crossed the waterhole and then gradually climbed up onto dry land. 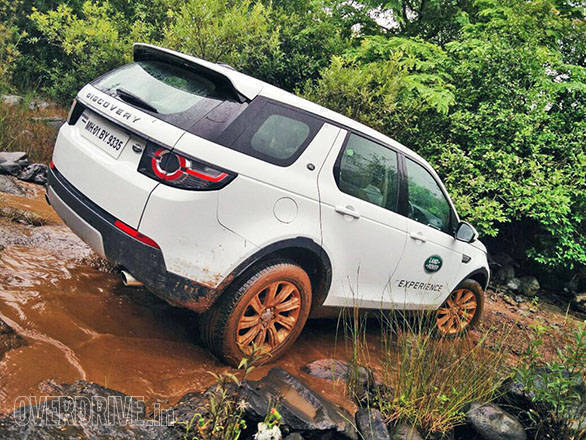 The final obstacle was a steep hill climb to test the Discovery Sport's Hill Launch Assist and traction control system, both of which worked impressively.

Overall, it was a fun learning experience for me. There were some heart-in-the-mouth moments, especially driving over the slushy patches in rain which made our Discovery Sport slide at scary angles. However, the off-road tech made sure we ventured out without a hassle. My favourite part was when we got lost midway and kept driving into totally unchartered territory. 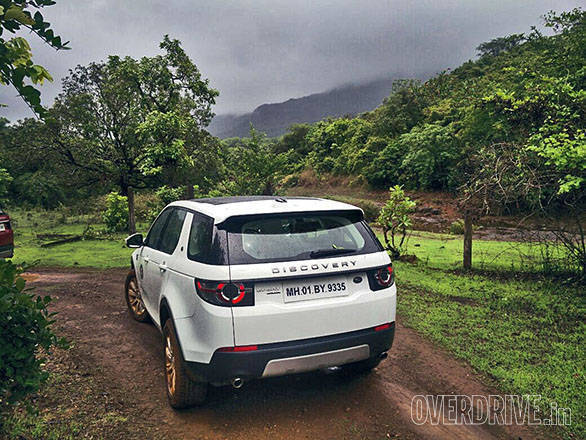 What did I learn from this experience apart from the different off-road driving techniques? Not to waste money on buying something that I don't plan on using to its fullest capability. Buying an SUV to make the neighbours jealous and being a bully on the road is simply stupid. I would rather venture into unknown territory every now and then just for kicks. What's the point of it all otherwise?