The ongoing India Bike Week 2015 saw DSK-Benelli unveil eight motorcycles. Out of these eight, five had been unveiled at an earlier event last year. The three new motorcycles there were unveiled include the TNT25, Trek Amazonas and the Blackster 250. Bookings for the Benellis in India will start from March 10 and deliveries from the 19th. DSK-Benelli will start with eight new dealerships in India with more expected in the coming months. Prices for the Benelli motorcycles will be announced shortly.
The Benelli TNT25 is set to be the company's most affordable motorcycle in the country. It is a naked street bike which makes 27PS/21Nm from its 249cc motor. The kerb weight is nearly the same as the 200 Duke and motorcycle holds the promise of being a fire cracker. 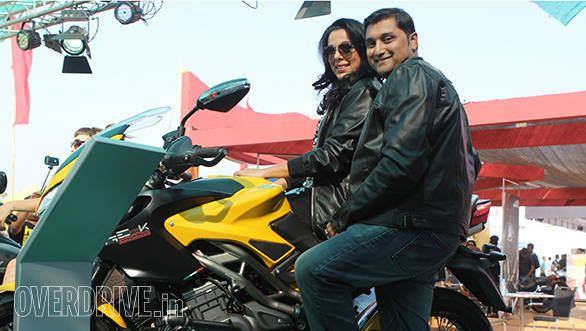 Benelli's Blackster or rather the Keeway Blackster  which has been built with inputs from the former will also go on sale by the end of this year. Making around 19PS of power and 18.7Nm of torque, this one will have fuel injection technology. Though not a direct competitor, it will have the much affordable Bajaj Avenger and the slightly higher priced Aquila Pro 250 to contend with.

The Benelli Trek Amazonas is an adventure tourer which has a 1130cc 3-cylinder engine that makes around 128PS and this will be the flagship motorcycle for the company. It will compete with the Triumph Tigers and Suzuki's Bandit.

DSK-Benelli is looking at using DSK's Wai facility for assembling most of the motorcycles. This will ensure a very competitive pricing strategy which may even undercut the Triumphs and Kawasakis.

More from OVERDRIVE on the DSk-Benelli partnership

What motorcycles does Benelli make?