The Ducati 959 Panigale is powered by a Euro4 compliant 955cc L-twin Superquadro engine which makes 157PS of power and 105.6Nm of torque. Like all Ducati motorcycles, the 959 Panigale also gets the desmodromic distribution system. This system closes valves mechanically which allows cam profiles to have more drive and extreme timing. The benefits of this can also be seen with the Ducati Corse Superbikes and the MotoGP Desmosedici bikes. The Ducati 959 Panigale comes equipped with a slipper clutch which prevents the rear wheel from locking under aggressive down shifting during spirited riding. 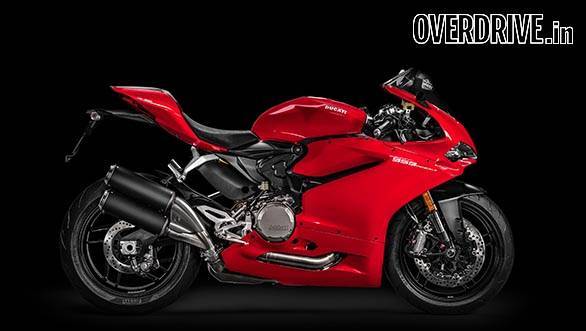 The Ducati 959 Panigale gets the aluminium cast  Monoscocca chassis which is attached directly to the heads of the Superquadro engine and contains the steering head and bearings at its front. Apart from performing the function of a traditional frame, it also serves as the airbox and significantly lowers the overall weight of the motorcycle. Additionally, it also houses the air filter, throttle bodies and fuel circuit complete with injectors.

On the Ducati 959 Panigale, the pistons get DLC (Diamond Like Carbon) surface treatment to reduce friction and increase stress-resistance. The engine crankcase is inspired by the bigger 1299 Panigale and gets a vacuum-sealed die casting by utilising Vacural technology for maximum weight saving and mechanical resistance. The Ducati 959 Panigale requires a general service every 12,000 km or 12 months (whichever comes earlier). 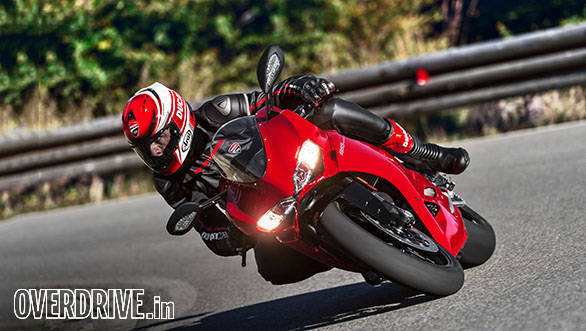 The Ducati 959 Panigale shares the same styling features with the bigger 1299 Panigale. However, its engine has been designed for a more accessible, everyday riding experience and to deliver thrills on the race track. The 959 Panigale gets ABS, Ducati Traction Control (DTC), Ducati Quick Shift (DQS), Engine Brake Control (EBC) and Ride-by-Wire (RbW).

Along with launching the 959 Panigale, Ducati said that it will be soon opening a new dealership. Currently, Ducati has dealerships in Delhi, Gurgaon, Mumbai and Bangalore.