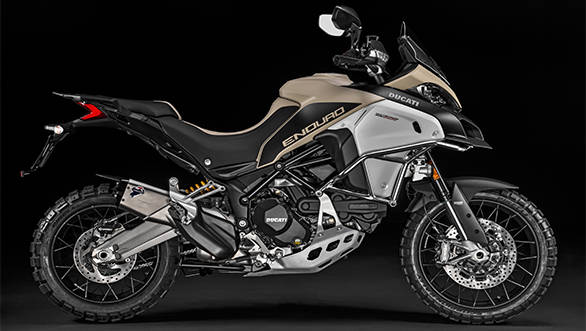 The Ducati Multistrada 1200 Enduro gets a new sand coloured front end and tank cover with a rough finish. The seats are also sport a dual tone, sand and black finish. The black colour is also seen on the rear subframe as well as on the clutch and alternator covers on the engine. 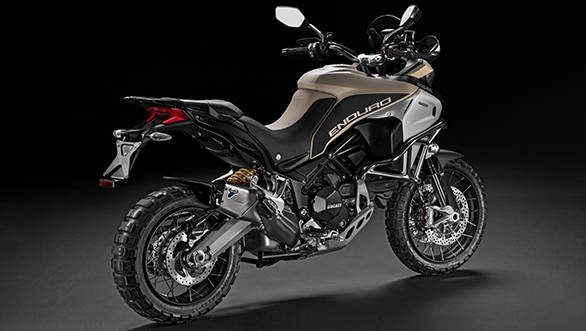 Other off-road mods include Ducati Performance bull bars by Touratech with LED aux lights and a low screen which allows for a better view of what lies ahead, during standing-on-the-pegs kind of riding. 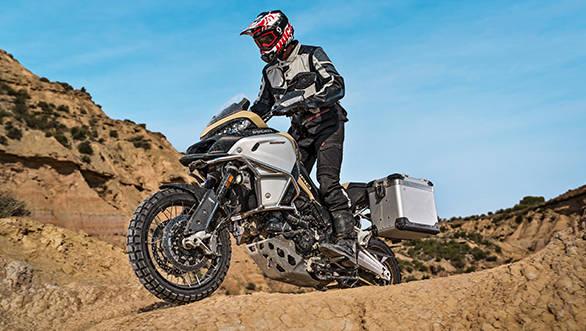 The new Ducati Multistrada 1200 Enduro Pro also gets new Pirelli Scorpion Rally off-road tyres, which are also said to offer good grip while riding on tarmac. The rim size, 19-inch front and 17-inch rear , is identical to the ones on the Mutistrada 1200 Enduro

Besides these changes the 1200 Enduro Pro uses the same frame as well as the liquid-cooled, 1198.4cc, Testastretta DVT, L-twin motor that puts out 160PS and 136Nm. The Enduro 1200 Pro also gets a sweet, Termignoni exhaust. 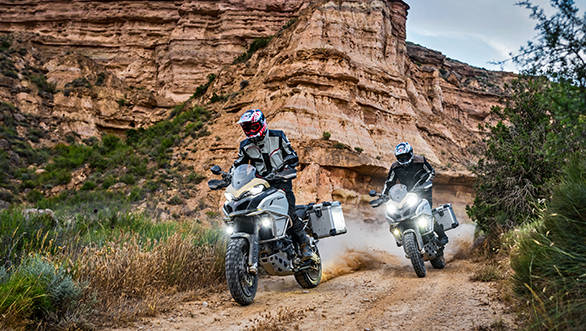