Ducati has first showcased the Monster as its naked motorcycle for the Cologne trade fair in 1992. Since its production began in 1993, the Ducati Monster in its various iterations has sold over 3,25,000 motorcycles over the past 25 years. Now, to celebrate its 25th anniversary, the Ducati Monster 1200 25 Anniversario has been revealed. Ducati will produce a limited run of 500 units of the special edition Monster. It is distinguished by an exclusive livery featuring the three colours of the Italian flag on the nose fairing, fuel tank and passenger seat cover, similar to what was last seen on the 2008 Monster S4RS Testastretta Tricolore. Ducati recently launched the Monster 821 and the Monster 797 Plus in India. 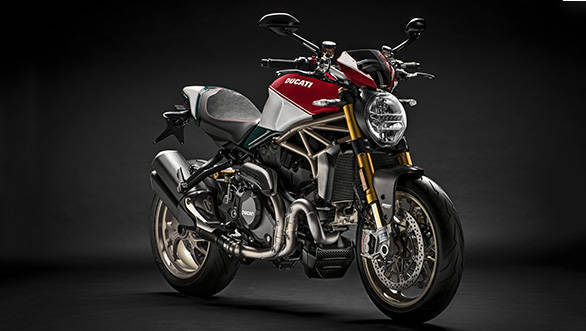 The seat on the 25 Anniversario has been embroidered with the 25th Anniversary logo. The Monster comes underpinned by a special gold trellis frame, with matching W-spoke forged wheels by Marchesini in a gold finish. It also features machined aluminium mirrors, frame plugs, handlebar ends, and petrol cap. 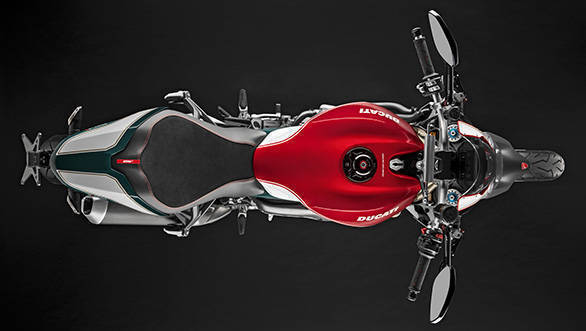 There are also bespoke carbon fibre elements including front and rear mudguards, keyhole cover, and the heat shield on the exhaust. And if you were worried about the special edition not standing out when parked, Ducati also includes a cover with the 25th Anniversary logo with the Anniversario. 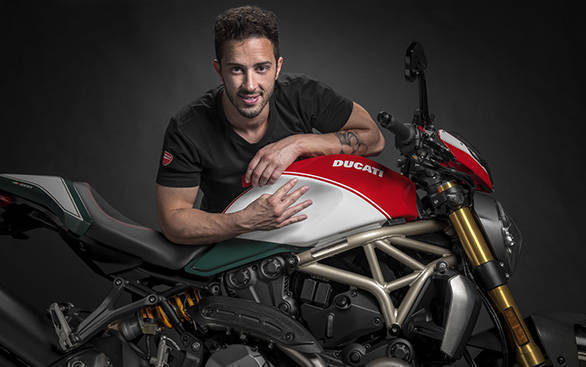 The Monster 1200 25 Anniversario comes powered by the Testastretta 11 DS L-twin engine that puts out 149PS and 124Nm. It also comes shod with fully-adjustable 48mm Ohlins forks, as well as Ohlins rear suspension, and a steering damper. There is a slew of riding aids including three different riding modes (Sport, Touring and Urban), as well as an IMU-equipped cornering ABS, and wheelie control (DWC), traction control (DTC) and quick shifter (DQS) for clutchless gear shifts. 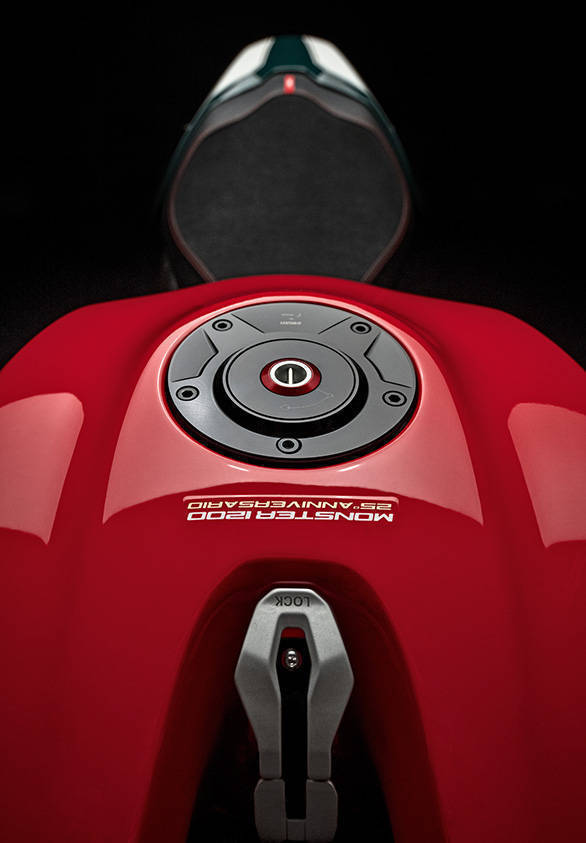 The Monster 1200 25 Anniversario will be available in Europe from September, in Japan from October, from November in the US and from December in Australia but can already be ordered at all Ducati Stores. There is no word on if and when an example will reach India yet, but if you want to be one of the 500 lucky owners of this piece of Italian motorcycle history, find out at your dealership. 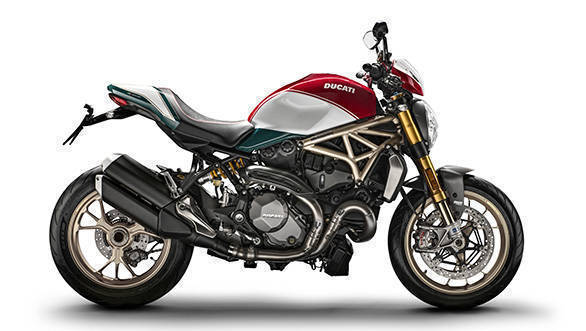