Ducati Multistrada to get a V4 power source - slated for 2021

The Ducati Multistrada range of motorcycles has been one of the best sellers for the Italian manufacturer in the Indian market. That said, the Multistrada lineup could see an all-new adventure bike sourcing its power from a V4 engine. Ducati officials have confirmed that the next Multistrada cloud see a V4 engine housed in it- which is likely to be the same engine that debuted in the Panigale V4 and also in the soon expected Street Fighter V4. 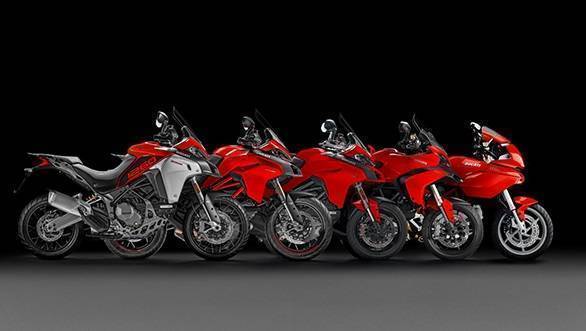 The V4 powered adventure motorcycle is in the development stage and will be launched by 2021. That could be the same year when Ducati brings the motorcycle to India. On the tech and equipment front, the new 2021 Multistrada will get the updated version of Ducati's skyhook suspension. The motorcycle could also get blindspot detecting system to enhance safety as well. 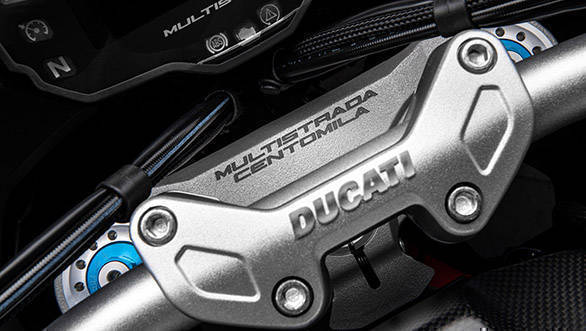 The news came along with Ducati celebrating its 1,00,000th Multistrada that rolled off the manufacturer's assembly line. Ducati achieved this milestone in just 16 years and the Multistrada number 1,00,000, 1260 Pikes Peak got a laser engraving on the yoke. The motorcycle was delivered to Dave Hayward in Germany, by Ducati CEO Claudio Domenicali in person. 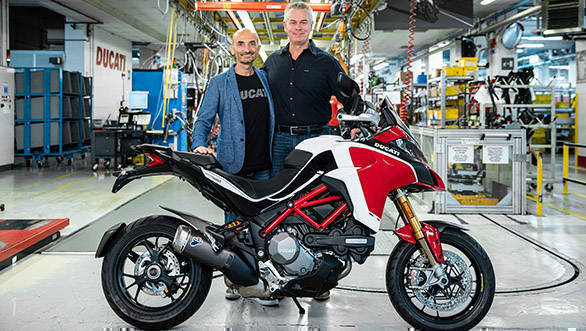