Everything you wanted know about the Rainforest Challenge India

We have all seen the videos right? A lush green forest background with a massively muddy impassable hole in the foreground. And then with an angry bellow an off-roader climbs right out of said impassable hole. That's the Rainforest Challenge and it is coming to India this August. We spoke to Ashish Gupta of Cougar Motorsport - Cougar is running the Rainforest Challenge India. Here's everything you wanted to know about RFC India. 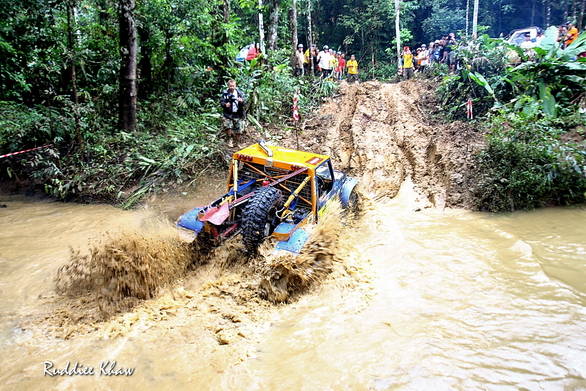 The Rainforest Challenge India will be held in and around Goa between August 7 and 15, 2014. That's one day for scrutiny and stuff and the rest of the days will be spent doing some hardcore off-roading.

Wow. Where did Cougar get the idea to do the Rainforest Challenge in India? 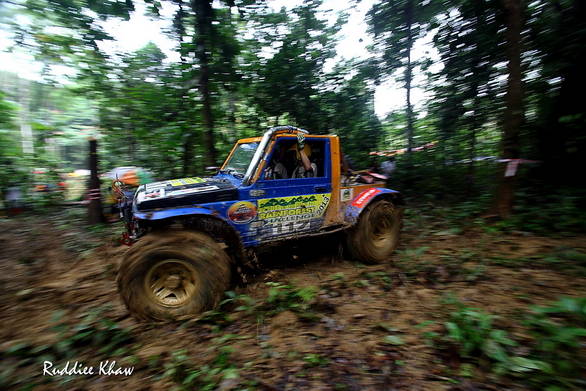 Ashish told OVERDRIVE that the RFC India is something very different from what Cougar usually does. There is a great amount of personal interest in it though. He has been to an enviable selection of motorsport events abroad like the Dakar, Abu Dhabi desert challenge  and even more over the last year. Then he saw the Rainforest Challenge. When he realised that the series is an international event - conducted in Italy, China, Russia, Tunisia and Malaysia among others, then why not India?

Why is the RFC India going to Goa? 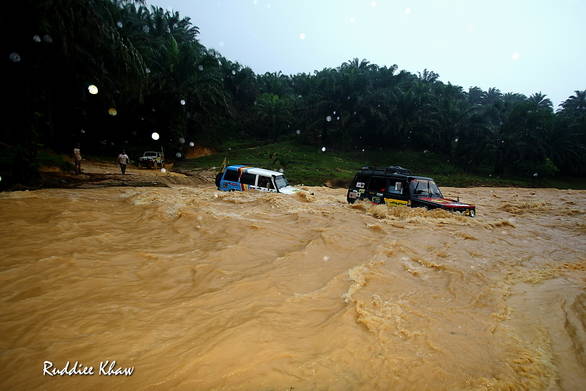 Goa proved to be an environment very similar to Malaysia. It has the same sort of undulating terrain, hill sides, mining sites, red mud and clay. This is proper off-roading terrain. In fact, the RFC India will spread itself all over Goa with special stages based in different parts of the state, spanning nearly 250km around Goa, in all across 30 special stages. Unlike the mud and clay Malay RFC though, India will see more quarry-style terrain with hills and rocky terrain. 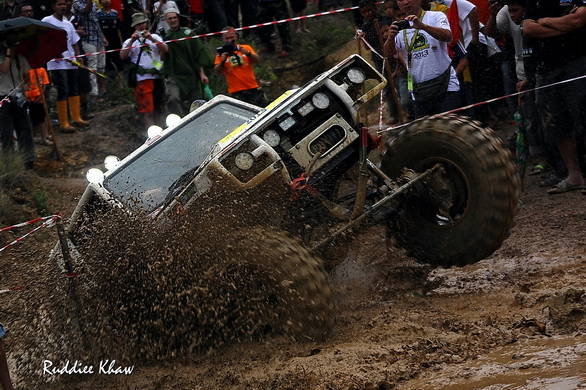 August 8 is the scrutiny and briefing before the event throws the competitors into the special stages. Not all special stages are close to the cities so some travel will be involved for the participants as well as the spectators. After six special stages each on Saturday-Sunday and then again on Monday-Tuesday, there will be a special twilight stage on Wednesday in North Goa. On August 14, the event will be closed in Panjim. That is one day for scrutiny and six days of terrain conquering. 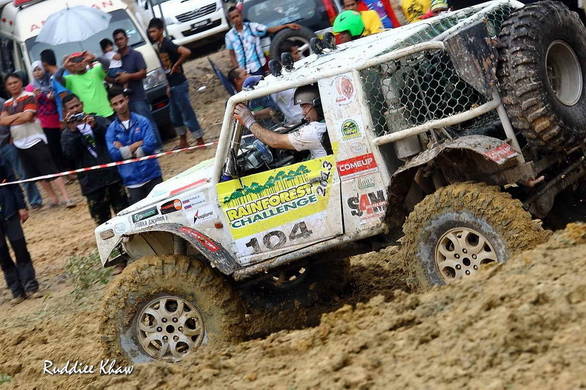 The question is whether it is appropriate and productive to go on waiting. Cougar Motorsport decided that once the event came, the cars would come as well. Waiting for the time to be right would achieve nothing. So they've invested and prepared themselves for Rainforest Challenge India. They've been going around meeting people and educating them. There are a lot of concerns including how our Indian vehicles and drivers will measure up against the foreign experts with their vehicles. So there have been discussions on how to improve the stock vehicle, add winches and mud tyres and how to pace the development of the off-roader so it gets better and better over the years. Another point that has been discussed is the highly specific points structure that the RFC uses to score the participants during the event itself.

They look good. Rainforest Challenge India was never supposed to be or envisioned as a 100 car event. It was always going to be a 30-40 car event and there are already 22 teams coming in. This is not an event for off-roading novices so Cougar and RFC India teams have been speaking to off-road clubs like the Yerari Off-Roaders. 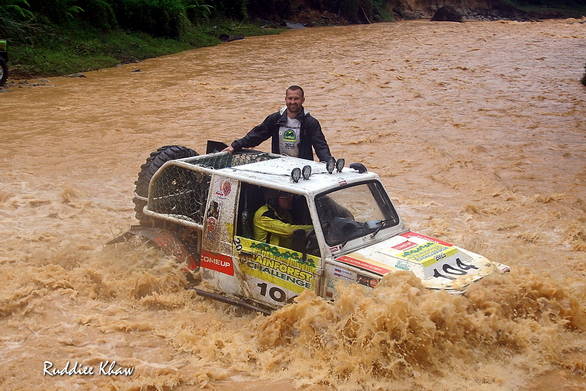 The event structure requires teams not individuals. They expect experienced drivers to take part but the going will be tough. Rainforest Challenges are not for the faint of heart and Cougar have decided not to dumb down the event. So the stages will be tougher than anything we have seen so far. 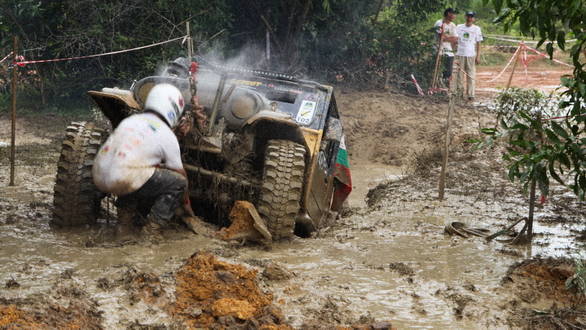 As tough as is usual in the RFC. The event is supported by 60 ex-participants and ex-officials of the Rainforest Challenges including 4x4 off-road track designers who will work on every single of the special stages. They will be responsible not only for providing the entire support but for ensuring that the RFC India is every bit as challenging as you expect a Rainforest Challenge event to be.

Three teams have shown interest and are currently going through the carnet, port and shipping paperwork. There is a lot of interest in the Indian event and we will have to wait and watch how this develops. Cougar is clear that if they were to dumb the event down and make it less challenging then it would be a waste of time and effort and eventually, the event would return to Malaysia for good.

What about the regulatory background? 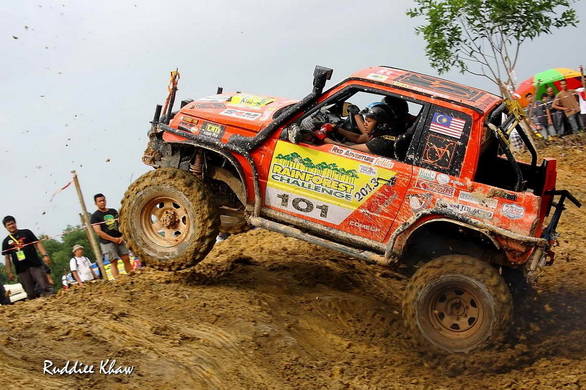 RFC India did approach the FMSCI but the event will not be under the FMSCI blanket of insurance this year for the simplest of reasons. FMSCI requires an FIA rulebook to administrate the event and there isn't one for an event like this. So the FMSCI will be on board as observers only. In that sense, there is no governing body. On the other hand, the rules are out on the RFC India website along with the categories (which include an Indian vehicles category), the two classes - there is a touring class for cars that will follow the RFC India route on a TSD challenge but not actually take part in the main special stages. 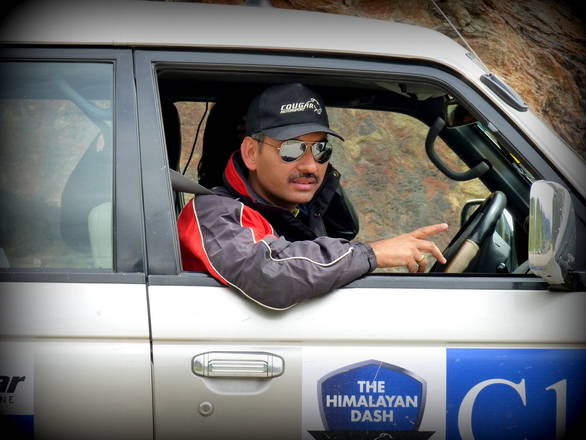 Cougar is ready. This is a pilot event for them but they're working hard to make sure everything, from the event logistics, rules and regulations to the availability of equipment, being in contact with the off-roading clues etc, are all under control and moving forward. The website already has the rules, registration details and an FAQ section up. Any further queries should be directed to Shibu Verghese whose details are only on the RFC India website. Verghese will filter the queries and pass whatever is needed to Cougar so that there is full clarity on every side of the RFC India picture.

Cougar believes so and invites everyone to come and watch. They have the Rainforest Challenge India guaranteed for the next three years and they intend to turn it into the definitive off-roaders' convention in Goa. Already Polaris, ATV maker, has confirmed participation. Force Motors, who make the Gurkha, have also confirmed their intention to participate. Mahindra will come and watch the event this year with the intention of coming with a car prepared for the RFC India stages next year.

For rules, regulations and registration details, head to the main page of the Rainforest Challenge India