Ex-SUV: How Mahindra re-engineered the XUV to drop below the SUV tax radar

Short answer: they didn't. But let's step back a few months to the announcement of the budget. Auto-industry friendly it was not, but the most controversial announcement was that classifying all vehicles with 170mm of ground clearance or above as SUVs, and thus subject to a higher tax bracket. Naturally, there was outrage and - pending clarification - more questions than answers. What would happen to vehicles like the Maruti Suzuki SX4  appreciated for it's roominess and high stance? How much higher would prices climb? What was the Finance Ministry smoking? Thankfully, a few months down, we have answers for at least some of these questions. 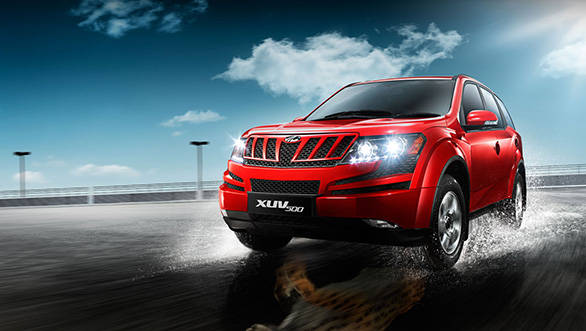 When clarifications did come through, it turned out that an SUV - according to our government - was defined as follows:

In order to be classified an SUV, a vehicle must satisfy all three of these conditions. Bullet dodged? Not quite. Pretty much every SUV that markets itself as such satisfies all these conditions. The Renault Duster, Audi Q5, sundry Land Rovers, most Mahindras. Manufacturers that had the most to lose were those offering relatively affordable SUVs like Mahindra with its XUV5OO, and we were promised a solution sooner rather than later. That solution came this week: Mahindra lowered the ground clearance on the XUV by 40mm so that its ground clearance now stands at 160mm  lower than some hatchbacks. This enabled the XUV5OO pricing to come back down by between Rs 27,000 and Rs 33,000.

The question is how did they do it, literally overnight?

Mahindra is now supplying an under-body bash-plate or "stone guard", ostensibly to mitigate fears of scrapes and underbody damage. And here lies the clever secret: that's all they've done. Ground clearance is measured from the lowest point of the vehicle's underbody to ground level. Mahindra simply made sure that the bash-plate was 40mm lower than the previously lowest point of the underbody, thus making the XUV "not an SUV" as far as the government is concerned. A dealer we spoke to confirmed that the lowered bash-plate is in place on new XUVs, but was loath to specify if this was the only change made, adding that there have been many other improvements, including the electrical systems and the clutch. He also confirmed that the plate can be removed easily, which we suspect most buyers will.

If Mahindra can get away with it, we imagine so can other manufacturers. It will be interesting to see if Mahindra's rivals go this 'ex-SUV' route for their offerings, and whether the government's patience will run out at some point.

So there you have it: go ahead and book your Mahindra ex-SUV for the newly lowered price with abandon. It'll only take a few screws to make it a proper SUV again.