Excise duty cuts on cars may be withdrawn from January 1, 2015

With no word on the concession on excise duties on cars being extended, it would be safe to say that effective from midnight December 31, 2014, it stands withdrawn. 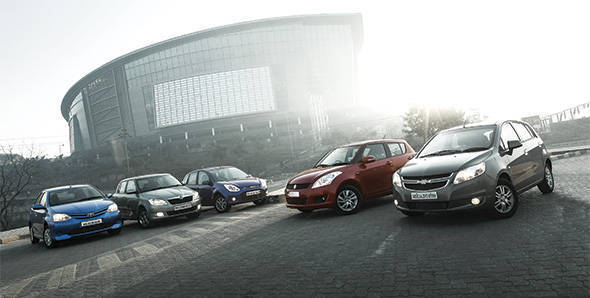 In the interim budget released in February 2014 by the UPA government, excise duties applicable on cars were slashed by substantial margins. For SUVs, the 30 per cent duty was brought down by six per cent and for larger cars, from 27 per cent to 24 while the mid-sized cars enjoyed a four per cent duty cut, from 24 per cent to 20. The concessions were further extended up to December 31, 2014 under the new government. However,now, as a senior finance ministry official very baldly put it, "The government is not extending the excise duty concessions on the auto sector."

The excise cut was introduced in order to address the slow growth and decline in sales that the auto industry had been experiencing over the last two years. Going by the data released by the Society of Indian Automobile Manufacturers (SIAM), a slight recovery was recorded. From April to November, a 10.01 per cent growth was seen, with the number of units sold increased to 1.33 crore  a definite hike from the 1.21 crore units recorded in the same fiscal in 2013. In the festive season in November this year, the sales figures rose by a significant 9.52 per cent.

The withdrawal of these concessions is bound to impact sales and is likely to affect the revival process for the industry. "In the last 12-14 months the industry has worked very hard to squeeze its costs. So, that cost squeezing will continue. Everyone down the value chain, the suppliers, a whole lot will be under more and more pressure to reduce costs which means more efficiency," said SIAM president, Vikram Kirloskar in an interview with CNBC-TV18.

Manufacturers on the other hand seem hesitant to absorb the likely increase in the excise duties, which is why, these will be reflected in imminent price hikes. Automakers like Renault, Maruti and Hyundai have already announced price hikes that will be effective from January, 2015. In the event that the four per cent excise duty hike for mid-sized cars occurs, Maruti chairman RC Bhargava says, "Nobody has the kind of margins to absorb four percent increase in cost. . . Whatever the rate of excise duty, that will be added on to the cost of a car."