Exclusive: 2014 Maruti Suzuki Swift facelift to be launched in India by July this year

Maruti will not just be launching the SX4 sedan replacement this year but also rolling out a facelift of the popular Swift. Our sources have indicated that the new Swift launch may be as early as July this year. It is not everyday that you see discounts on the Swift which were far and few right from its launch in 2005. Currently the 2013 model in its petrol guise has a Rs 10,000 discount on it while the diesel model comes with a hefty Rs 20,000 discount. This excludes any exchange bonus or loyalty and finance schemes. Plus you get delivery of both the models in a week. 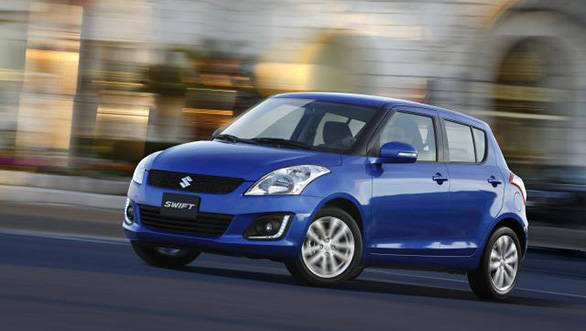 As the name suggests, it is just a facelift

The 2014 Maruti Suzuki Swift facelift will be just as the moniker suggests. Amongst the prime revisions will be the daytime running lights right below the fog lamps, a la Hyundai i20. The ORVMS will have the turn indicators integrated into them. The rear sees the design of the centre stop light being revised. Inside the cabin, Maruti has included a push button start, new Bluetooth-enabled music system, dual-tone upholstery and electrically retracting ORVMs. Automatic headlamps are also expected on the top of the line variant. 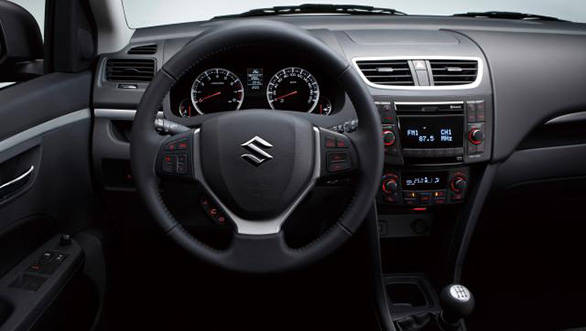 Mechanically though the new 2014 Maruti Swift will not see any changes. Expect the same 85PS petrol and the 75PS diesel engines under the hood. Both will come mated to a five-speed manual transmission while there are also chances of a conventional four-speed auto from the Dzire creeping in. There are also rumours that the Swift may also come with an AMT. 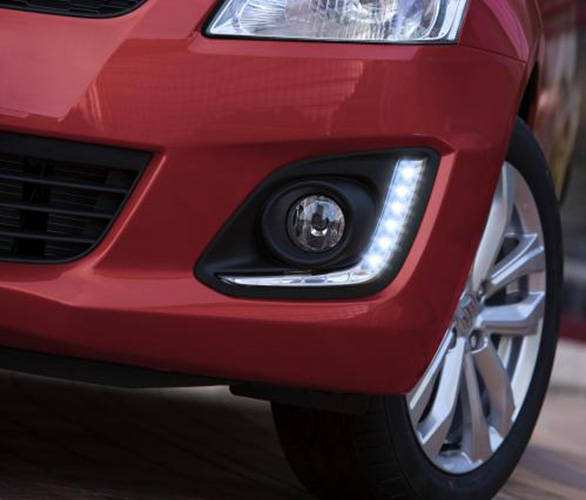 The new Swift gets DRLs just below the fog lamps

The Swift launch happens just a few months before the all new i20 debuts. The new Jazz and Punto facelift are also expected to be launched soon. The new Swift is expected to be priced a bit higher than the outgoing car. Soon after the launch of the Swift facelift, the updated Dzire will also follow.