Paul Carberry's name should ring a bell if you like motorcycles, especially if you like Royal Enfields. Paul is the Australian gent behind Carberry Enfield, the firm that successfully crafted a 1,000cc V-twin engine based on the Royal Enfield 500cc single cylinder engine. Carberry Enfield sold a few of these machines. Recently, they closed doors in Australia. OVERDRIVE spoke to Paul earlier today and he is making ready to open Carberry Enfield for business once again. The new base of operations is - wait for it - India! Paul Carberry has found an Indian investor who has, obviously, invested, but also convinced Paul to move to Bhilai, India. 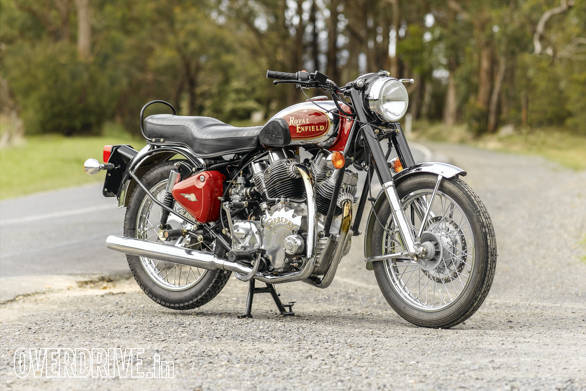 The Indian operation is still at a very early stage. Paul Carberry said he is still working out the suppliers he needs to make his motorcycles and that includes, among other things, foundries who produce good, well-made castings. Anecdotal evidence suggests that the Australian Carberrys ran smoothly and well, so Paul Carberry's reputation for meticulous engineering is perhaps well-deserved. It's that level of quality that Paul intends to keep while making the motorcycles here.

While it is too early to comment on pricing, Paul did suggest that the cost of the motorcycles, because of India's scale as well as lower cost of operation, could drop to just over half of what it was in Australia. But actual numbers will come later. Cost is not something that Paul is concerned about right now. He is busy setting up the operation and getting ready to make the motorcycles. The first India-made Carberry Enfield 1,000cc V-twin is still six to eight months away. 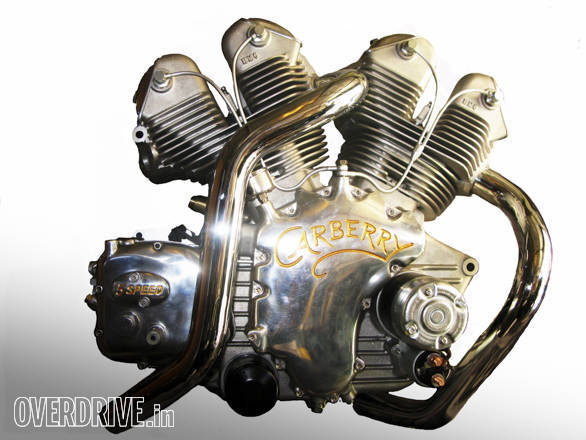 Paul Carberry also noted that moving to India also has another advantage. From the very beginning, Carberry's Enfields were designed to use as many original parts as possible so that the bike could be fixed as easily as possible. The spread of spare parts in Australia, it stands to reason, is vastly smaller than in India where 98 per cent of all Royal Enfields made annually are sold. When asked about service, Paul says he's working out whether the company needs to be represented across the country or some other form of customer service needs to be employed.

Australian magazine Motorcycle Trader reports that Royal Enfield, was in fact, one of the first customers of the Carberry Enfield. There was an exploration as to whether Royal Enfield would just absorb Carberry Enfield but this didn't lead anywhere. The company reportedly ended the discussion saying that Paul was using the non unit-construction engine and that migrating the V-twin to the new UCE platform would be too much work. 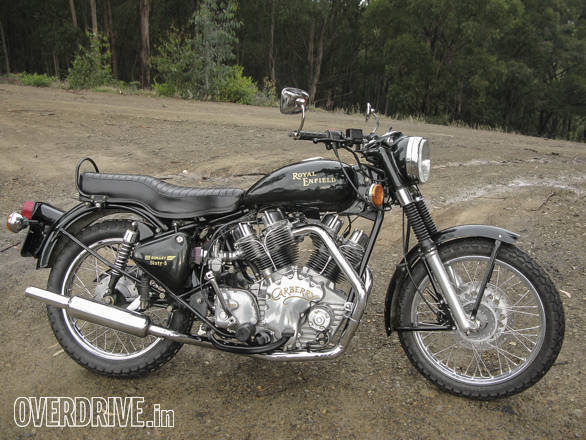 The man who has invested in Carberry Enfield is a Bhilai-based businessman Jaspreet Singh Bhatia. Bhatia has a real estate business, a paper mill and a carton factory. But he's a motorcycle enthusiast. His friend supplied him with an old Royal Enfield parallel twin crankcase and Bhatia - not an engineer - managed to cast and craft himself a running - "not very well" he rushes to clarify - engine. But this interest in Carberry Enfield actually started with him reading about the motorcycle in OVERDRIVE years ago. At that time, Paul was not actually making bikes and their chats led Jaspreet into investing in Carberry Enfield and bringing the operation to its new home in India.

If you'd like to get in touch with Paul Carberry for more details, or to book one of his wonderful 1,000cc V-twin Royal Enfield-based specials, email him at carberryenfield@hotmail.com or call him at +91-90094 11111. His website and other details should become available in a couple of months as the business re-establishes itself in its new Bhilai-based headquarters.