From the picture you can tell that the car doesn't seem very large and looks almost like a stretched Grand i10. It isn't very tall either but close impression will show that the side window line has a deviation to mask the length of the body. The car features regular doors unlike the sliding type and it doesn't look quite as large as the Ertiga. The design itself is very smart with large tail lamps and plenty of curves qualifying to the company's current design philosophy. While we couldn't get a picture we did see the front of the car and it follows the family face with a large hexagonal grille taking the centre stage. 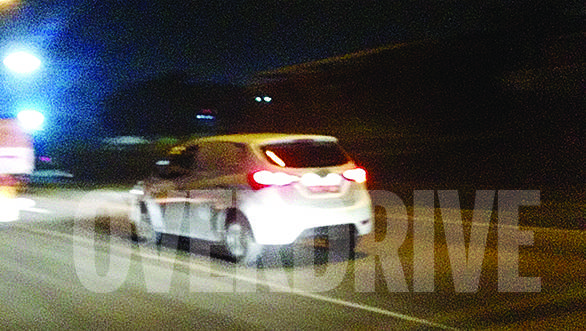 It's very early in the day and there are absolutely no concrete details but we assume that it will run the 1.4-litre diesel engine from the Verna. The bigger 1.6-litre may be excessive for a car like this while the new 1.1-litre three cylinder that does a great job in the Grand i10 might be out of its element given the MPV's larger dimensions. Hyundai might also bring in a petrol but it's safe to assume they will be focusing largely on diesel power. The MPV isn't slated to make an appearance at the 2014 Auto Expo but it could be revealed some time later in the year. We do believe that it will most probably go on sale later next year for a price that could hover between Rs 6.5 and 8 lakh. You saw it here first. Stay tuned for more.