We have got news from a trusted source that Volvo India will be shortly bringing in their new 4-cylinder diesel engines here. A 2 litre four-cylinder diesel, initially will be offered in the existing S60, XC60 and S80, it produces 181PS and in the manual S60 averages 26.31kmpl which also equates to 99 g/km carbon dioxide. The Volvo D4 engine achieves its enhanced efficiency from one major development and a series of detail refinements, reducing friction and heat transfer. The big deal is called i-ART, a direct fuel injection system developed with Denso that has 2,500 bar maximum injection pressure (most DI diesels operate below 2,000 bar) and a tiny computer at each injector which precisely calculates the amount of fuel required during the combustion process. There can be up to nine injections in one cycle. i-ART alone is said to give a 2 per cent fuel saving. 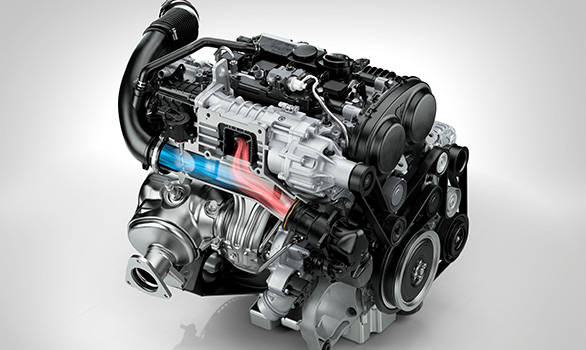 Furthermore, this D4 engine is sweet and smooth and delivers the same 400 Nm torque, from 1,800 rpm, as its five-cylinder predecessor. Not only the diesel engine but the petrols will also be 4-cylinder ones. All future Volvos will be powered by these four-cylinder units, which have identical dimensions (1,969 cc), aluminium cylinder block, crankshaft, oil system and ancillaries. The engines will make the power in the region of 120-300PS. Volvo now in all has eight four-cylinder engines including petrol and diesel. There are also transmissions mostly 6-speed manual and 8-speed automatics to go along with them.

We expect Volvo India to make a formal announcement soon. The S60 and XC60 both received facelifts in 2013 and we expect them to continue without any major change except for the oil burners under their hood. Volvo also stopped offering the stonker 300PS T6 petrol engine in the S60, however we expect them to offer a petrol motor in a 4-cylinder configuration this time around.