The rain gods played a very important role at the 2015 Formula 1 British Grand Prix, with championship leader Lewis Hamilton racking up yet another win this season at his home race, a race that proved to be full of drama. 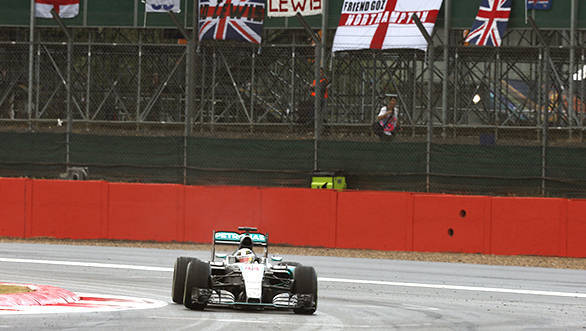 Starting on pole, Hamilton made a poor start as the five red lights went out. Williams driver Felipe Massa, who was third on the grid, took advantage of this and overtook Hamilton into Turn One. Valtteri Bottas also made a brilliant start and he managed to shove his William's nose ahead of Nico Rosberg's Petronas Mercedes AMG, demoting the German, who had started the race second, to fourth place.

Meanwhile at the back of the field, the Lotuses and the McLarens collided leading to a Safety Car period after a couple of laps. As the Safety Car was set to come in Hamilton crept too close to the back of Massa's Williams, causing the Mercedes driver to lock up the car's wheels and run wide, handing P2 to Bottas. Hamilton rejoined in third and thus began an uphill battle to stay with the William's duo who had magical pace in the initial stages of the race. Bottas had the upper hand on Massa and he tried to overtake him but every time he did his team would come on the radio and say, "Do not race your team-mate." The William's crew thought that the duo should work together to pull away from the the Mercedes pair of Hamilton and Rosberg, but Massa could not open a sufficient gap and in the process impeded Bottas too. 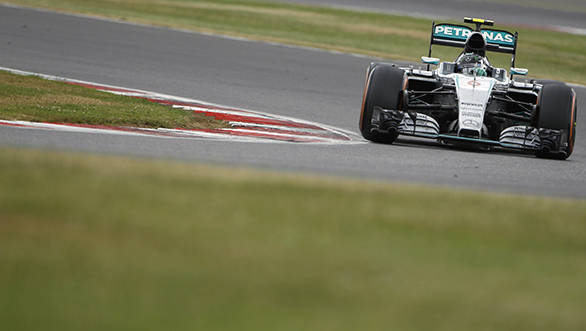 Mercedes made a brilliant move by calling Hamilton in before the leading train of cars came in for the first round of stops. Hamilton drove a quick in lap and followed that by a quick out lap to get hold of P1 when the others pitted for a fresh set of tyres. The gamble to keep Bottas behind Massa hadn't paid off and Williams were suddenly out of contention for a race win as Hamilton began pulling away. Meanwhile, Ferrari driver Sebastian Vettel was engaged in a battle with his team-mate Kimi Raikkonen for P5. 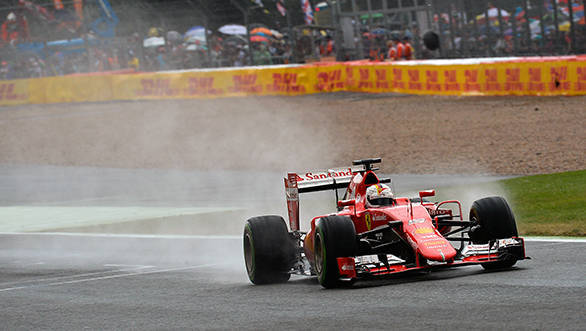 By Lap 35, the rainclouds that had gathered over Silverstone let loose and soaked a few corners of the race track. It was a gamble - stay out on slicks or pit for intermediates. Raikkonen pitted on Lap 38, a call that was taken a bit prematurely. Rosberg who was in P4 by this stage wriggled past the Williams duo as the lead quartet began skating around on slicks on the wet part of the tracks. Rosberg was clearly in his comfort zone as he began chopping the gap to Hamilton. He was gaining on Hamilton and would have passed him on track, but on Lap 43 Hamilton made the move of the race. He swiftly dived into the pits for intermediates and as he drove out it began raining harder. Rosberg, his car still on slicks, had to tiptoe around the track. In the pits, Hamilton retook the lead amidst rapturous roars from the grandstands. Vettel who also pitted on Lap 43 was now in P3. As the chequered flag waved, the crowds were up on their feet, cheering, as countryman Hamilton crossed the finish line.