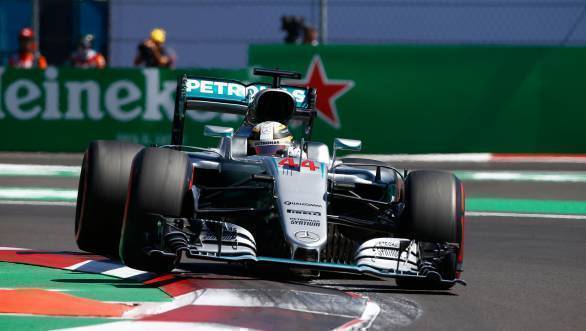 Lewis Hamilton made up some ground in his hunt for the 2016 Formula 1 championship title. The British driver began the race from pole, and save for the first corner, where he had an excursion over the grass, the rest of the race was smooth sailing, enabling him to take his eighth win of the year.

The race wasn't quite so easy for Nico Rosberg, who still managed to finish second, and thus still finds himself in the lead of the championship by 19 points though. The German had first corner contact with Red Bull's Max Verstappen, but managed to make it through, and carry on in second place during the race. Verstappen did his best to chase down Rosberg, but it wasn't to be. Instead, the Dutchman found himself embroiled in a battle for third place with Ferrari's Sebastian Vettel and his own team-mate Daniel Ricciardo.

While Hamilton and Rosberg seemed to be in the clear towards the end of the race, it was Vettel who put Verstappen under pressure. At one point, with just three laps remaining in the race, Verstappen locked up, cut across the grass, but still managed to retain track position. It was a move that came under criticism by a rather irate Sebastian Vettel, who then proceeded to yell some rather choice things into the radio.

Vettel then made another attempt to get past Verstappen, however, while doing so, defended under braking (something already banned from the previous race after a clash between the same two drivers). However, still going across the chequered flag third, was Verstappen. While Vettel had to settle for fourth. Soon after, Verstappen was handed a five second penalty that demoted him to fifth place. Vettel, after the podium ceremony, was given a five second penalty as well, which in turn pushed him down to fifth, giving Daniel Ricciardo third place.