Lewis Hamilton's victory at the Italian Grand Prix has helped him move into the lead of the 2017 F1 Drivers' Championship Standings. The British driver took a commanding win at Monza on Sunday, leading his team-mate Valtteri Bottas to a 1-2 finish at the event. Hamilton claimed his fourth victory at the Italian track, ending the race a full four seconds ahead of team-mate Bottas. Third place went to Sebastian Vettel, who ended nearly 30 seconds behind in his Ferrari. 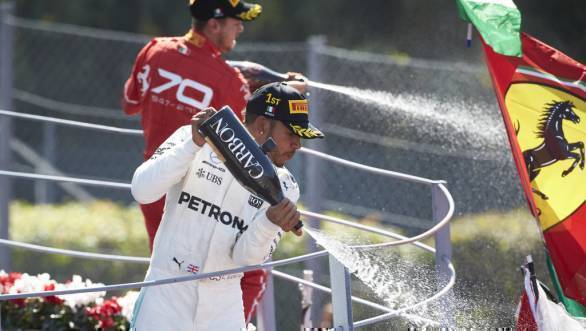 Fourth place went to Red Bull Racing's Daniel Ricciardo, who started 16th on the grid after a gearbox change, but made his way rapidly up the order, thanks in part to tyre strategy. Ricciardo did try to mount a challenge for a podium place, but had to ultimately settle for fourth place, one spot ahead of Ferrari's Kimi Raikkonen.

Sixth place went to Esteban Ocon, while Lance Stroll took seventh place, each giving their teams some points. Felipe Massa took eighth place in the second Williams, while Sergio Perez, in the second Force India took ninth place. Max Verstappen finished in tenth, claiming a lone point for his efforts, although he did make a decent recovery after a clash with Felipe Massa early on in the race left him with damage. 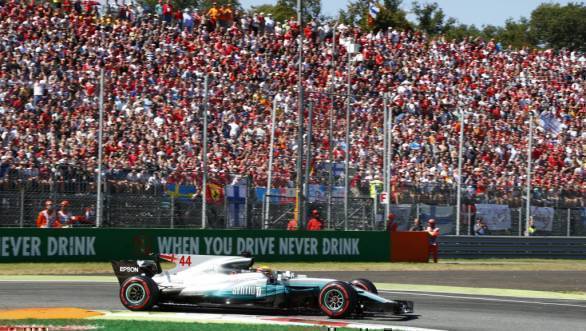 Kevin Magnussen finished in eleventh place for Haas, after being overtaken by Verstappen in the closing stages of the race. The Danish driver made clear his displeasure at the fact that Verstappen wasn't given a penalty for forcing him off the track. Daniil Kvyat took twelfth place for Toro Rosso, with Nico Hulkenberg finishing 13th for Renault. Carlos Sainz Jr finished 14th in the second Toro Rosso, ahead of Haas F1's Romain Grosjean and Sauber's Pascal Wehrlein.

Retirees for the day were Fernando Alonso (who was asked to bring the car back into the garage with three laps to go), Jolyon Palmer, Stoffel Vandoorne and Marcus Ericsson.