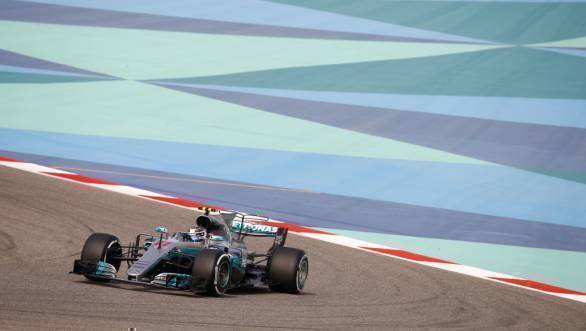 Valtteri Bottas claimed pole position for the 2017 Bahrain Grand Prix. In the closing stages of Q3, the Finnish driver managed to pip Mercedes team-mate Lewis Hamilton to pole, beating him to the head of the grid by a mere 0.023 sec. Hamilton made a mistake on his very last lap during Q3 and was hence not able to improve his time or move up the order, thus having to settle for second on the grid.

Third on the grid was the Ferrari of Sebastian Vettel, the German driver finishing a half a second adrift of pole-man Bottas. He was followed home to fourth on the grid by Red Bull Racing's Daniel Ricciardo. Kimi Raikkonen took the second of the Ferraris to fifth on the grid, while Red Bull's Max Verstappen took sixth. 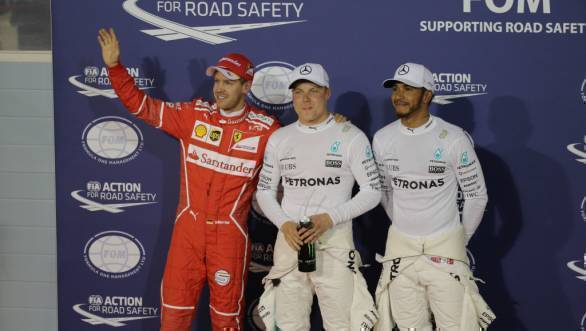 Sebastian Vettel, Valtteri Bottas and Lewis Hamilton after Qualifying at the 2017 Bahrain GP

Heading up the fourth row of the grid was Nico Hulkenberg for Renault, who impressed with his performance. Williams' Felipe Massa took eighth spot on the grid, while Haas F1's Romain Grosjean took ninth. Tenth on the grid, and rounding off a very good qualifying session for Renault, was Jolyon Palmer.