Sebastian Vettel took a fine victory at the Canadian Grand Prix, the seventh round of the 2018 Formula 1 season. Vettel's lights to flag win at the circuit in Montreal was his 50th Formula 1 victory, and the first win for Ferrari at Montreal in 13 years. Vettel had taken pole on Saturday, and, on Sunday, moved into the lead of the race early on. He continued at the head of the order unchallenged for 70 laps of the race, although the race was classified after 68 laps due to a fiasco at the end, where the chequered flag was waved on the 69th lap by accident. 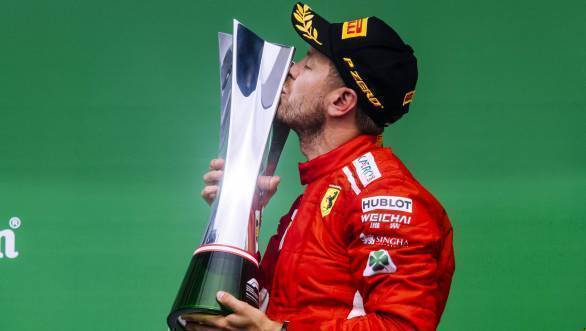 While Vettel's nearest threat in the race was Mercedes driver Valtteri Bottas, there was not much the Finn could do to eat away at the Ferrari driver's lead. Heading into the Canadian Grand Prix, it was expected that cars would have to pit twice, but the front runners ended up going the distance with just one pit stop. This meant that the only way that Bottas could attempt to close the gap to Vettel was when they were trying to get past the backmarkers. However, despite the fact that he managed to close from 6 seconds to 3 seconds to Vettel, a mistake from Bottas with 15 laps to go in the race meant that Vettel was home free. He took his third win of the 2018 season, having already won in Australia and Bahrain. The win also gave Vettel 25 vital points in the championship, which moved him back into the overall lead with a total of 121 points, while defending champion Lewis Hamilton has 120 points. 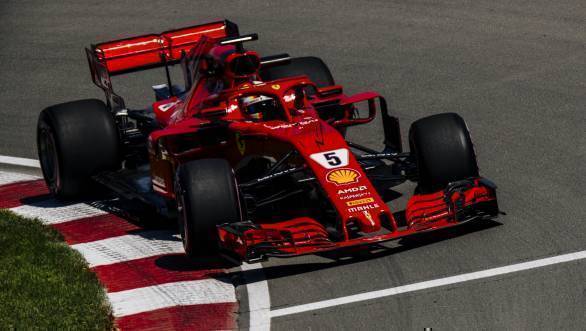 Hamilton took fifth place at the end of the race, having qualified fourth, and holding position for the first stint, only losing out to Daniel Ricciardo in the pit stops. Ricciardo would finish the race fourth, one spot ahead of Hamilton, one spot behind his team-mate Max Verstappen who took third. Verstappen, who recovered from a dismal performance at Monaco to impress during the Free Practice sessions at Montreal, managed to get close to Bottas during the closing stages of the race, however, he crossed the line 0.1 seconds behind him. When the race was classified, after 68 of the 70 laps (due to the chequered flag being waved on the 69th lap, which meant that the race was effectively considered red flagged and results of the previous lap were taken into consideration) it meant that the gap between the two drivers was officially recorded as nine-tenths of a second at the time the race ended. 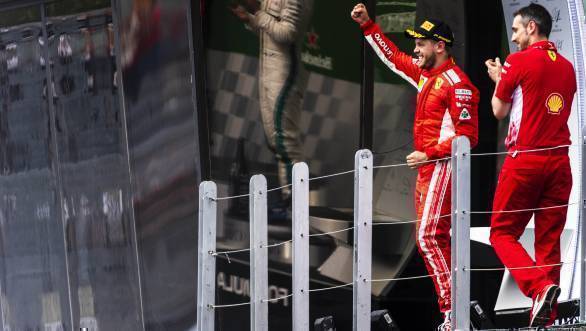 Vettel ended Ferrari's drought at Montreal, taking their first win there in 13 years