The 2020 Formula 1 season appears to have gotten off to a rocky start, with the cancellation of the Australian Grand Prix in Melbourne. Heading into the race weekend, fears surrounding the Coronavirus pandemic mounted, especially after a McLaren team member tested positive for the illness on Thursday. And while an announcement was expected sooner, it finally only arrived on Friday morning, leaving many to question the FIA's indecision in the matter. 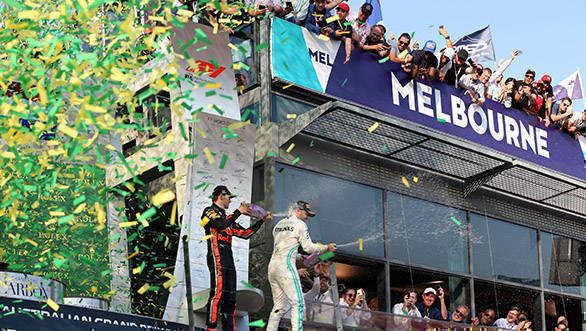 Ultimately, after several hours of speculation, even as fans queued up outside the gates for Free Practice, a joint statement was issued by Formula 1, the FIA, and the Australian Grand Prix Corporation. The statement read, "Following the confirmation that a member of the McLaren Racing Team has tested positive for COVID-19 and the team's decision to withdraw from the Australian Grand Prix, Formula 1 and the FIA convened a meeting of the other nine team principals on Thursday evening. Those discussions concluded with a majority view of the teams that the race should not go ahead.

The statement also declared that all ticket holders would receive a full refund, and that further announcements would be made in due course.

Minutes before the official statement from the FIA was issued, reigning champions, Mercedes, issued a statement of their own. "The Mercedes-AMG Petronas F1 Team has today sent a letter to the FIA and F1 requesting the cancellation of the 2020 Australian Grand Prix," the statement read.

"We share the disappointment of the sport's fans that this race cannot go ahead as planned. However, the physical and mental health and wellbeing of our team members and of the wider F1 community are our absolute priority," it continued.

The statement concluded with information that the team would begin pack-up preparations at the circuit soon after.

Even before the statement from Mercedes was issued, and well before the official confirmation that the race was off, journalists from within the Formula 1 paddock had reported that Ferrari driver Sebastian Vettel, and Alfa Romeo's Kimi Raikkonen, had already left Australia for Europe.

Soon after the official cancellation of the race, some of the other teams issued statements that indicated their support of the decision.

Ferrari's statement read: "Scuderia Ferrari fully supports the decision taken by the FIA and Formula 1 in conjunction with the Australian Grand Prix Corporation to cancel the Australian Grand Prix (13 to 15 March) at Melbourne's Albert Park circuit. The safety of all team members is our number one priority, especially as the Covid-19 pandemic continues to evolve rapidly. We feel very sorry for the fans who were due to come to Albert Park and support the Formula 1 race with all their usual enthusiasm, as well as all those who would have been watching from around the world."

Renault's statement, while supporting the decision taken by the FIA, also indicated concern for the affected McLaren employee. While Williams reiterated the fact that the safety of every single team member and fan was top priority. And Alfa Romeo's statement indicated that the team "welcomed" the decision made my the FIA.

However, it was also reported by Autosport, that not all teams agreed on the matter, with only Red Bull, AlphaTauri and Racing Point wanting to go ahead with the race in Melbourne.

Given the current situation, the rest of the 2020 calendar has been thrown into uncertainty, and it appears likely that the Bahrain GP, meant to be held behind closed doors, will not go ahead as scheduled. Updates are expected soon.