Starting the Friday before the Hungarian Grand Prix, the Force India F1 team has been in administration in order to sort out the teams financial woes. A part of the administration process involved finding a buyer who could potentially save the team from bankruptcy, also saving the jobs of the 400-odd people in the team's employ. 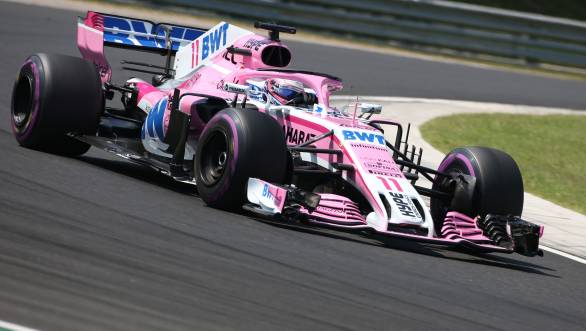 It has now emerged that a consortium led by Williams driver Lance Stroll's father, Lawrence Stroll, has made a bid for the team that has been accepted by the administrators. Reports state that the consortium has been put in place with the help of Otmar Szafnauer, Force India's Chief Operating Officer. The deal has moved the team out of danger and into solvency.

The deal which was signed on Tuesday, ensures that ownership moves from Vijay Mallya and Orange India Holdings Sarl to the newly created consortium. The consortium includes Andre Desmarais, a Canadian entrepreneur, Jonathan Dudman of Monaco Sports and Management, John Idol of the fashion industry, John McCaw of the telecom industry, Michael de Picciotto a finacial expert, and Silas Chou who is Stroll's business partner.

The move ensures that all creditors - Mercedes and Sergio Perez being the two parties owed the most money - will be paid. And the jobs of the 405 employees will also be saved.

Speaking after the signing, Szafnauer told the media that he was happy that the team had the support of a consortium that could ensure their future was safe, allowing the team to now move on and potentially flourish. He went on to thank Vijay Mallya, the Sahara Group, and the Mol family for their help with the team thus far.