A second-place finish at the 2019 United States Grand Prix helped Lewis Hamilton clinch his sixth Formula 1 world championship title. The Briton headed into the US GP needing just four points to win the title, putting an end to team-mate Valtteri Bottas' chances at the 2019 crown. Despite the fact that it was Bottas who took the win, Hamilton's second place gave him 18 points, enough to clinch the championship, his sixth in all, and his third in a row. Hamilton has won the F1 title in 2008, 2014, 2015, 2017, 2018 and now 2019. 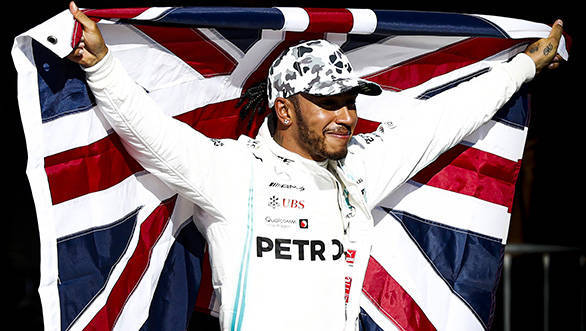 With six F1 titles under his belt, Hamilton is now just one world championship away from Michael Schumacher's record of seven titles. Hamilton has also surpassed Juan Manuel Fangio's five championship titles, which was a record that stood until Schumacher equalled his record in 2002, and subsequently broke that record in 2003.

Mercedes has also become the first Formula 1 team to have clinched both the drivers and constructors world championship titles six times consecutively. 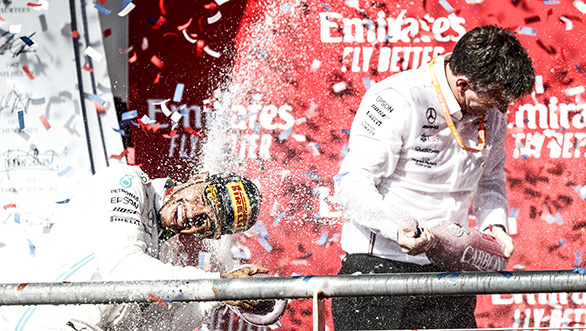 Hamilton's sixth title, is also the second championship that he has won at the Circuit of the Americas, with his 2015 crown also coming to him at the same track. 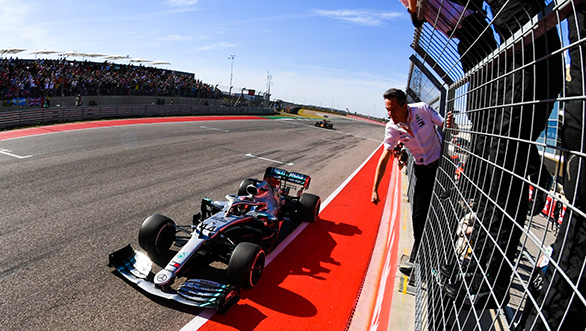 Speaking after his championship win, Hamilton said, "It's hard to explain what I'm feeling right now, to be honest. Cloud nine doesn't even get close, it's somewhere far above that. It's been the hardest year I can remember; it's been so challenging, going through the ups and downs, so right now I'm just so full of emotion, it's overwhelming." 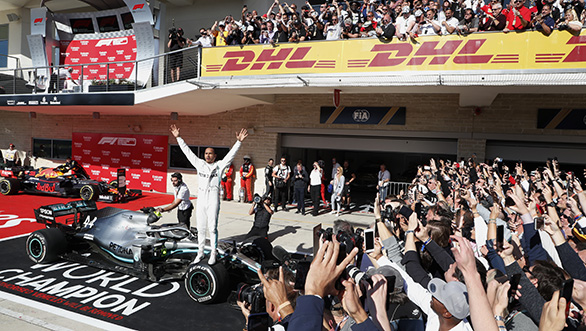 He also paid homage to Mercedes's former non-executive chairman, the late Niki Lauda, saying, "And Niki, I miss him so much. Today, he'd have taken his cap off. I wouldn't have been able to do this without Niki, he's here with us in spirit." Lauda, who passed away earlier this year, had been instrumental in getting Hamilton to join the Mercedes team.