Team OD  | Updated: June 19, 2018, 09:30 PM IST
Aston Martin Red Bull Racing has confirmed that it will use Honda power units in 2019 and 2020. The multi-year agreement between the two entities sees Red Bull reignite their fight to win more championship titles. The team has made no secret of the fact that they have not been happy with the power units that they have received from Renault in the past.
In a statement issued by Red Bull, Christian Horner, team principal, said, "We have always taken decisions such as this dispassionately and with only one criteria in mind  do we believe the outcome will allow us to compete at a higher level." Horner continued to say that after evaluation, the team had decided that the partnership with Honda was the right direction for them to take. 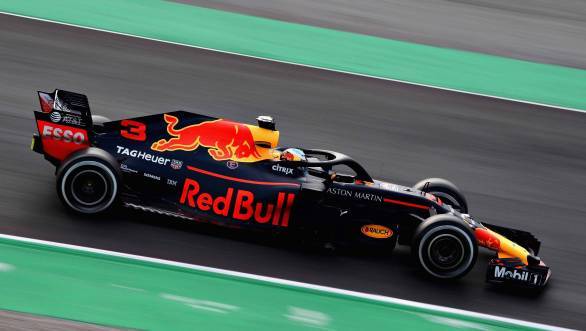 Red Bull Racing to be powered by Honda engines starting 2019

Horner also added that one of the reasons that Red Bull decided to go with Honda power is the fact that the Japanese company has impressed with their performance with the Scuderia Toro Rosso team, Red Bull's sister outfit, who they have supplied engines to since the beginning of the 2018 season. It has also been announced that the team will continue under the name Aston Martin Red Bull Racing.
Meanwhile, Takahiro Hachigo, president & representative director of Honda Motor Co., Ltd. said: "Having established a good relationship with Scuderia Toro Rosso, we have decided to extend our Formula 1 involvement to the other team in the Red Bull family, Aston Martin Red Bull Racing, as from the 2019 season. Having two teams means we can access twice as much data as previously. We believe that working with both Toro Rosso and Red Bull Racing will allow us to get closer to our goal of winning races and championships, building two strong partnerships. Discussions proceeded very quickly, thanks to Red Bull's open and respectful attitude towards Honda, leading to a deal that is fair and equitable for all parties."

Speaking of the parting of ways with Red Bull, Horner thanked the manufacturer, acknowledging that there were good and bad moments in their working relationship. "...Renault has always worked tirelessly and to the best of its ability to provide us with a competitive power unit. That is still the case today and we would like to thank the Renault team, and particularly the guys in our garage at every race, for their unstinting commitment and we look forward to ending our partnership on a high come the end of this season," he stated.