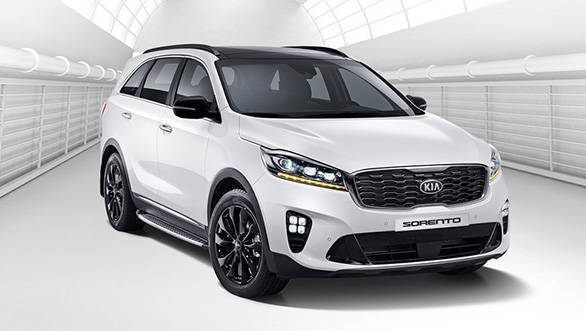 Back in 2014, the new-gen makeover of the Kia Sorento brought a totally revised design. The facelifted iteration maintains that theme but with added sportiness. The front gets a revised grille while carrying forward the Tiger Nose look with chrome bits that is a popular trait of this SUV. The new headlight design gives a sleeker profile and also comes with projector lights. The LED DRLs have been repositioned to the bottom section. The front bumper too has been revised to house the new LED foglamps that looks similar in design to the Sportage. While the side profile remains unchanged, the rear gets new light with additional LED stripe. The bumper design has been tweaked too with new reflectors and exhaust pipe design. The alloy wheel design of the previous model has been replaced by a sportier 19-inch design that will be standard on the top end variant. 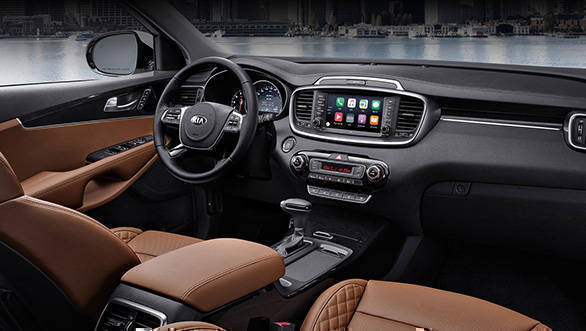 The 2018 Kia Sorento's interior too has been updated for a more premium design. This can be seen with the new steering wheel as well as the gear selector. Kia will be offering more colour and options for the customer to choose. Importantly, Kia will also be offering CarPlay and Android Auto as standard connectivity methods for its new-age touchscreen infotainment system on the Sorento. There is also an option of opting for wireless smartphone charging. In addition, the Kia Sorento also comes equipped with multiple safety features like blind spot warning, forward collision assist, adaptive headlights and lane assist. 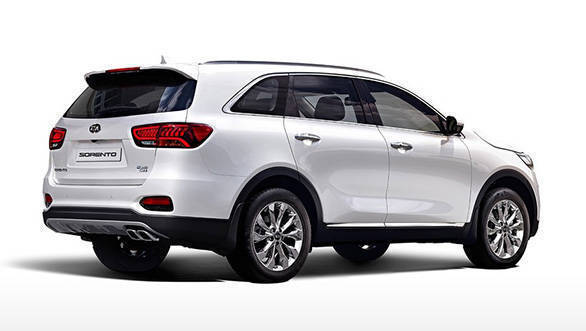 Kia Motors has already setup its facility in India and will be beginning its operations by 2019 that will make 300,000 cars eventually