Facelifted Mahindra Scorpio to be launched in India on September 25

The facelifted Scorpio that's been spotted testing quite a few times, is set to hit showrooms on September 25. Codenamed W105, the new Scorpio will be Mahindra and Mahindra's attempt at breathing new life into the bestselling SUV ever since its launch in 2002.

The updated Mahindra Scorpio gets a new pair of headlamps (projectors in the top end variants), new grille and splitters. The bumpers, front and rear are also all-new units. Mahindra has also changed the bonnet. Inside the cabin, the changes are significant. The new Mahindra Scorpio gets climate control, touchscreen infotainment system and the works. The instrument cluster is also all new. The new Scorpio gets steering mounted controls as well. Expect more useable cubby holes in the cabin. 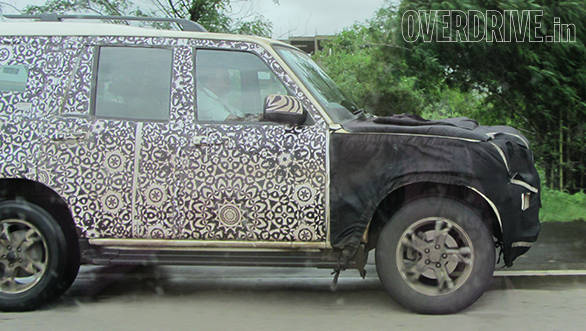 The engine in the new Scorpio is expected to be the same as the one in the outgoing car. This means the 2.2-litre mHawk motor will make 120PS and 290Nm of torque. The five-speed gearbox though is claimed to be updated and the fuel efficiency is also expected to be better than before. 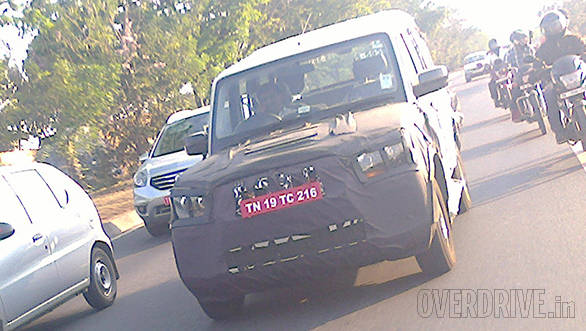 Mahindra has already opened bookings for the new Scorpio for existing owners. For other aspiring Scorpio owners, the bookings will start from Sept 18 for a sum of Rs 20,000. Expect the new Scorpio to be pricier than the outgoing one by nearly Rs 25,000.

We have driven and reviewed the new Scorpio . Watch out for the full story, right here, on September 25, until which we are prohibited from disclosing any details.