What a great induction into the OVERDRIVE family! Old faces (and new) in the office aside, it was reassuring to find the Swift in the OD garage  having driven one around Delhi, the city I shifted base from, a fair bit. In fact, it's in the same spec too  with the 1.3-litre DDiS diesel mated to the 5-speed AMT gearbox. 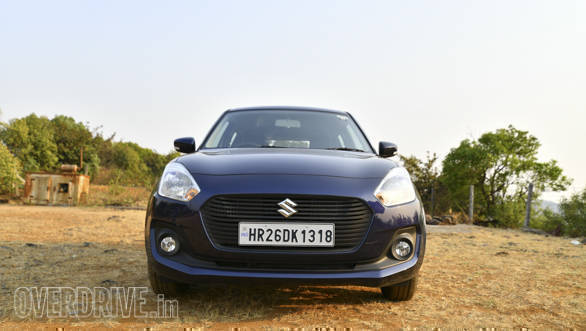 My seat time in it didn't include too much of traffic though, so the first thing I did when I was handed over the keys, was to drive it into one of Mumbai's ill-famed traffic jams. Quite unwittingly, mind you, but the Swift immediately dispelled some of the past qualms I've had with AMT gearboxes in traffic. The one on the Swift is pretty darn good! 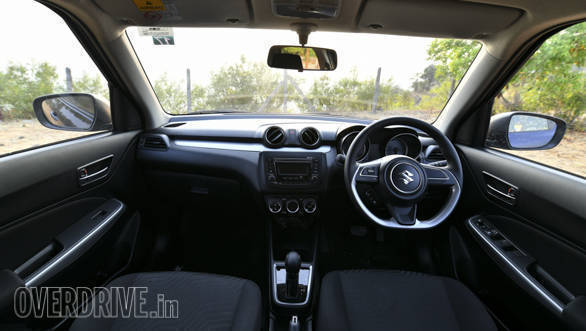 Surprisingly, it had none of the judder and hesitancy in bumper-to-bumper traffic of other AMT gearboxes. I had previously resigned myself to accept that as a by-product of the convenience which an AMT affords, but no need for compromises here. Not to mention, the no-compromise fuel efficiency! Even with being stuck in the worst of Mumbai's traffic (this is before I learnt at what times to avoid which routes), the dash display remained optimistic at 16.1kmpl. This, I've been told, is quite a fantastic figure for just Mumbai-city driving. I haven't been able to get through a full tank as yet since we've been travelling a lot to bring you this issue packed full of amazing locations and shoots, but verified tankful-to-tankful figures are high on my list. 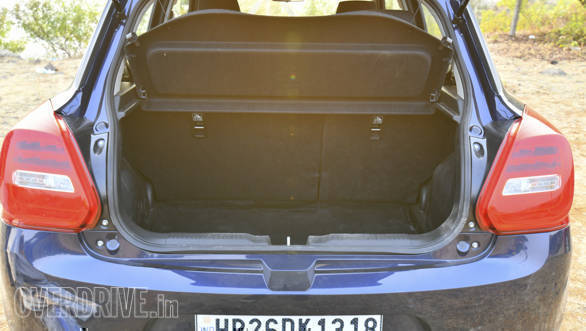 On a side-note, the Swift is deceptively spacious! It took in half a lifetime's worth of luggage, with the seats folded, and helped me move it across the city. Even with all the added weight, ride quality stayed pretty compliant with no bottoming out, anywhere. This should mean that even with a car full of people, the Swift will remain comfortable. Next up, we've to squeeze in five passengers and put that theory to test.

Next update: How it performs on the highway