MG Live which brings together the largest gathering of MG's anywhere in the world, was held at Silverstone, the 'Mecca of Motor Racing' and the home of British Motorsport on 2nd and 3rd June. MG, that stands for Morris Garages, is a British automobile company. Organized by the MG Car Club, this annual two-day motoring festival had a spectacular array of about 3000 cars with a huge community of owners coming together to celebrate what were once Britain's most loved sports cars. We were also there at the world famous race track in England, on the invitation of MG Motor India. It was an incredibly fun and educative event where we saw model-specific displays, the Concours and Pride of Ownership contest, the various club registers as well as a host of famous cars from MG's illustrious past. 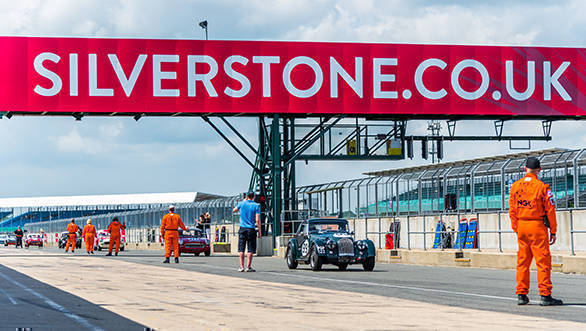 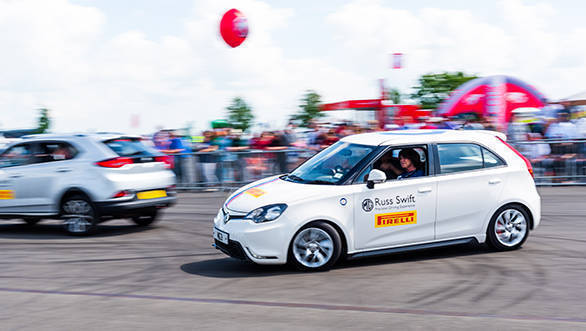 We met many passionate owners and apart from the static displays there were various driving challenges and autotest events that challenged the skills of drivers and allowed them to push their well prepared MG's to the limit. As tyres squealed and smoked and the participants pitted themselves against the clock, the crowds were enthralled and it was fascinating to see classic MG's being driven flat-out. What also was clearly evident was how well these nimble yesteryear British sports cars handled on the tight tracks laid out specifically for them. All through the day, adrenalin and nostalgia fueled racing also took place on the historic circuit. The competition amongst the classic cars was fierce with many battles spreading down the entire field. 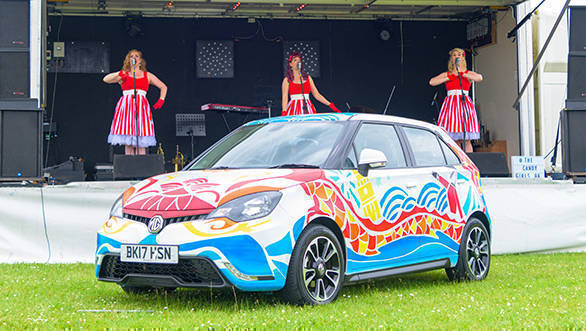 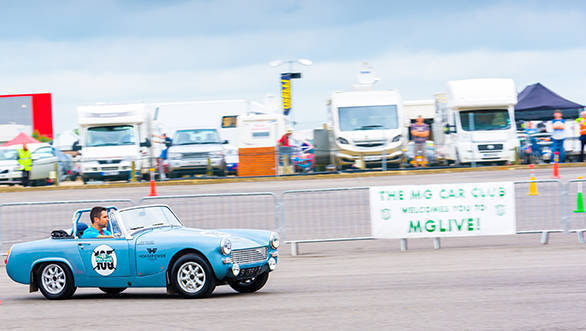 MG Live is also a brilliant place to buy a classic car (some going for as low as Rs 2 lakhs, excluding the tax and import duty), track down elusive parts at bargain prices, buy repair manuals, MG merchandise, etc. There are also various food and drinks stalls and live music through most of the day. Another highlight was the legendary stunt driver Russ Swift's unbelievable performance of driving on two wheels, handbrake stunts along with tight parallel parking, etc. I got to ride with him and must say he made it all look so easy and his confidence and skill were awe inspiring. Interestingly, Russ has established 3 Guinness World Records, - parallel parking in the tightest space, J Turn in the tightest space and the fastest do-nuts. 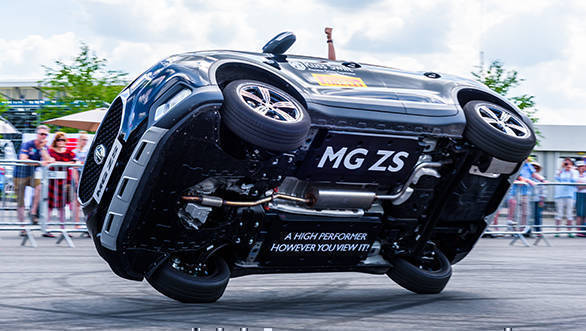 Russ used standard cars for his stunts and only the MG ZS driven on two wheels had a locking differential. The max life of tyres on two wheels, just 5 kilometres! 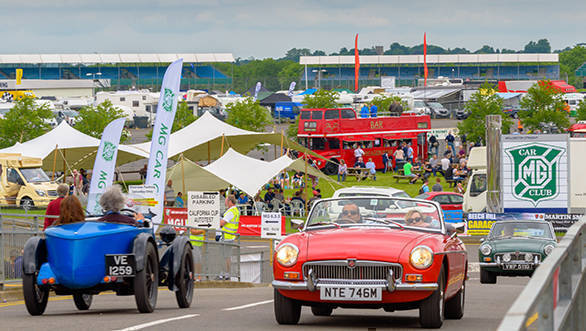