The rainy season in Mumbai has come to an end and I'm happy to report that the Apache RR310 has survived the mayhem that the monsoon brings to the city. Despite my travel schedules, I've managed to put in a fair amount of kilometers in the rain and besides a couple of niggles, the Apache is running well. On one particularly rainy day, I rode the bike in the pouring rain and that had no effect on the operation of the switchgear or the instrument console. I've only noticed the headlamp fog up, but besides that, the RR310 is running well. 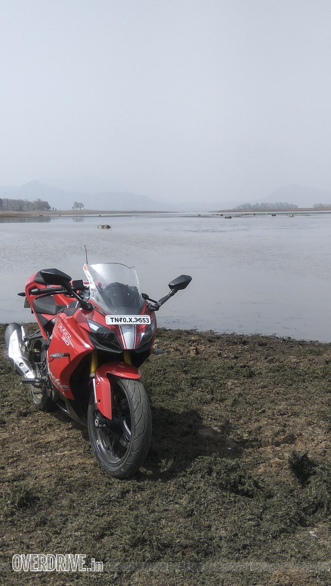 There have been a couple of instances when I went over a few potholes, well, craters actually, and the Apache has taken everything in its stride. There are no busted fork seals, rims or loose plastic panels. I guess that's testament of the solid build quality of the bike. 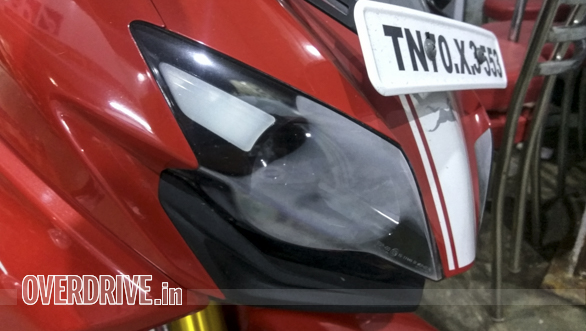 The headlamp fogs up after a ride in the pouring rain 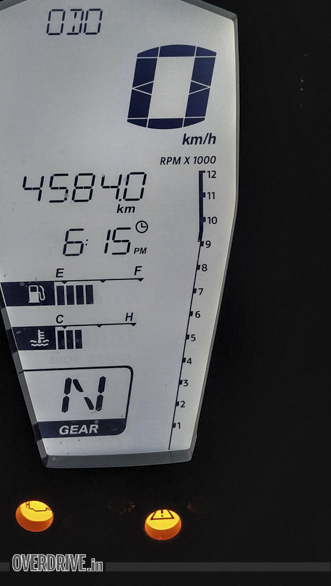 The instrument cluster, however, remains unaffected

The test Apollo Alpha H1 tyres are superb in the wet, and that gave me the confidence to push hard on some fast-paced weekend rides. But I've enough of these short weekend rides. I'm really curious to see how well the Apache performs as a touring machine. A ride down to the MMRT, perhaps, should turn out to be a good assessment of a bike. A motorcycle that you can ride to a racetrack and once there, set some quick lap times. Now, who wouldn't want that? Time to apply for leaves.