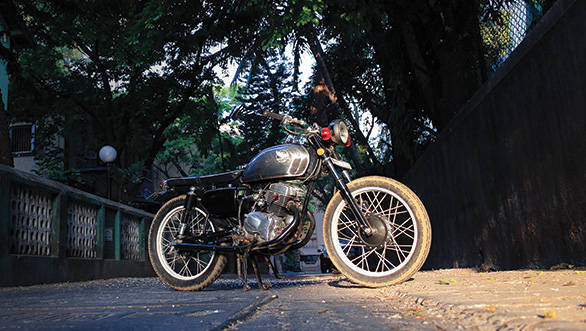 And then one day, the key became a permanent part of the key hanger on the wall. Outside, the motorcycle's paint slowly decayed as the seasons passed their lustful hands over it. The gloss slowly faded and then the paint crumpled off the metal skin and took on its own shape and hue. The little Honda CD125T, born in 1978, was never forgotten. But it was remembered only enough for the key to be an object of affection and not of any use. The cares of daily life did their insidious little thing and the light went out from the wee Honda's eyes.

This particular Honda came to India on a ship. Its proud owner loaded it on his ship on the way back home one time and having cleared customs - the simplicity of that day and age was plain incredible - it became part of his life.

Until the day it was parked for the last time.

Over the year a number of suitors have arrived with dreams big and small in their eyes, needing only a sign from the owner that the CD125 was distant enough in memory to be disposed off. But that day never came.

Joshua Crasto lived a few doors down from the Honda and had on occasion mentioned the bike in the passing to the owner. And one day it was time. He rang the doorbell at Joshua's house and said, "You wanted that bike, no? Here. These are the keys. It's yours."

When Crasto got to the bike, time had jammed it solid. It wouldn't roll and had to be carried to Joshua's garage in his house in Bandra.

Then began the process of bringing the Honda back to life. Joshua's current obsession is street-trackers (simple, spartan motorcycles that make excellent urban bikes but are styled to look like dirt trackers). And he decided that the Honda would make a neat tracker.

The paint was stripped, the little twin was opened up, replacement bits where needed were ordered and the dreaming began. The engine, well it is a Honda after all, wasn't too bad, but the body work had suffered. The claws of rust had scored the tank in various places over the years, things had fallen off trees and left their marks on the metal too.

But the stripped and sanded tank looked so neat! "When I finished stripping the tank of paint, I couldn't bring myself to paint it in a colour. It looked just right. The little dings and dents gave it a well-used sort of look and once I had fixed the rust-generated holes and stuff, I only needed to lacquer the tank." 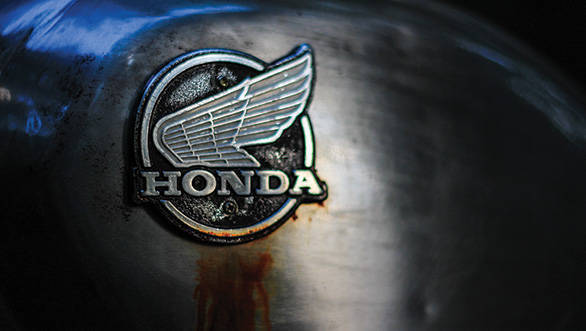 The sole adornment on the tank is the original winged Honda badge. "This badge is a classic," says Crasto, "During the build, a number of people asked me to sell off the badge showing a lot more interest in the old Wing logo than in the bike."

What about the leak? The tank has a bright orange stain on the left side. "There was a hole underneath the badge that I forgot to fill. I took the bike for a spin and the petrol dripped out and stained the bare metal. I fixed the hole but the stain looked like it belonged on the bike, so I left it alone and lacquered it over."

And that is what defines the customs that Crasto's JCMoto makes. Young Joshua is more than handy with tools and a fast rider. He is also sensitive to how motorcycles look and all of this work so far, is distinctive in the way each bike seems to be able to add an element or two of its own making to his designs. His brilliance is in spotting these nuances and allowing them to bring a bit of organic funkiness to the design. 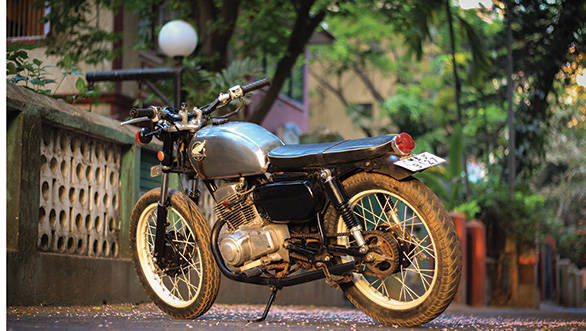 But why this bike? Why a tracker? "You know Bandra, right? A warren of small streets that wind up and down a bit, posh houses, village streets... This is where I grew up and I thought the CD125 would make a tiny custom that would just fit this place. A small, cheerful little toy."

"I thought I could also use it to cart stuff to my turners and to the parts shops but I'm still looking for the right seat pan for that." The right seat pan, right. "No, it isn't a trivial matter. It must work to be able to carry a range of bike bits and it needs to look like it belongs on the bike as well."

And when I rode it, I understood that the tracker would never be finished. The little twin requires lots of revs to deliver its power but the straight pipes are loud and despite the age, the gearbox is reasonably slick and most importantly, the brakes work. 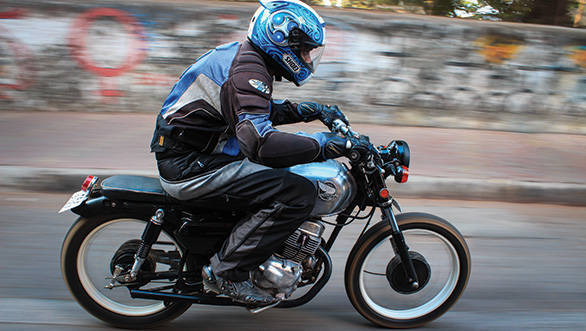 This is a rotary gearbox with an all-down pattern where shifting up from fourth leads to neutral. It takes a bit of getting used to but then, you're at home on the bike.

Despite the tiny size you feel like you sit in the motorcycle. Direction changes are instant and the thrum of the twin makes the whole thing a bit special. And shooting in Bandra for the story, its immediately obvious how much of Bandra's hip-cool-weird-individualistic-crumbly-posh character is in the bike. Will you sell it?

"It isn't often you get a motorcycle to mess with when you wake up. Something that is obviously an object of someone's affection and in that moment also yours to keep. You don't sell such things. It is bestowed upon you and one day, if at all, you bless someone with it. No, no sale"

"I will keep adding and subtracting things from this bike to make it fit me and I'll work on other bikes and projects. But I suspect that the little Honda is how all these parts will get ferried to the garage so the other bikes can be completed. This little Honda key is going to have a productive, busy life from here on out."

Joshua Crasto, an ex-journalist and licensed pilot, builds sweet little customs out of Bandra in Mumbai. You can reach him at +91-9820602435 or joshuacrasto@gmail.com or at his website www.jc-moto.com.