Automotive journalists are considered lucky. They can, at will, get access to practically any vehicle they want. True. And yet, if you talk to them about their feelings, you'll find that a surprisingly large chunk of them long to own their own vehicles. Those lucky enough to own one or more long to ride them a lot more than they can. Many of us go through the pain of riding some superb roads somewhere far away - which is great - on something brand new - even better - knowing that you'll never be able to do this with your own motorcycle - which sucks harder than a black hole. 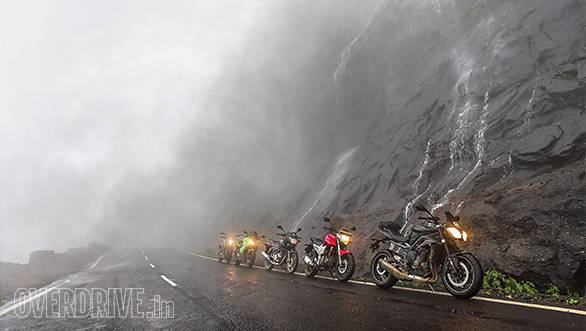 So for our seventeenth anniversary issue, I quietly slipped in the "our bikes" story. "R bikes? What in the blazes is that?," asked Bertie. Our, Bert, not R, I explained. We do so much with bikes that come for testing and our long termers. Why not go enjoy a lovely day out on our own machines, eh? Instantly a string of faces lit up around the room. "But I don't have a bike!," said Bert. You can take either of mine, I offered, generous as ever, noting that Bert didn't want to come on his TVS Scooty Zest 110 long termer, which was probably a blessing. Ten-fifteen minutes later, five gents walked away mentally making notes of stuff to be done to their bikes so they'd be ready to ride. I was number six but my bikes were ready already. 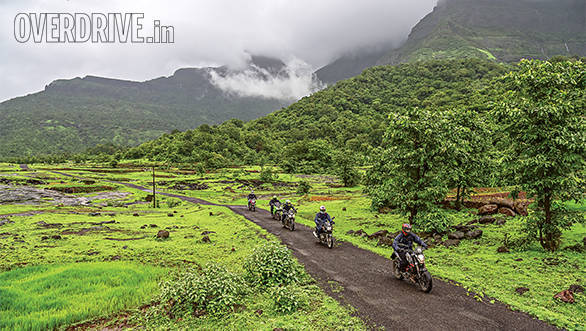 Check out how Kawasaki green Maharashtra is in the rains!

"Which weekend are you going?" asked Bert that evening. Weekend? We're heading out on a Monday we're at work remember, the six of us smiled back.

On said Monday, Rishaad, Rohit, Rishabh and I waited patiently for Halley to show up. Lijo was waiting further down the road for us. A morning pregnant with humidity and impending rain arrived but without Halley. As it turns out, our man had gone to a party, stayed out late and managed to sleep through his alarm. Sonic, his KTM RC 390 (see box) would not be joining us. 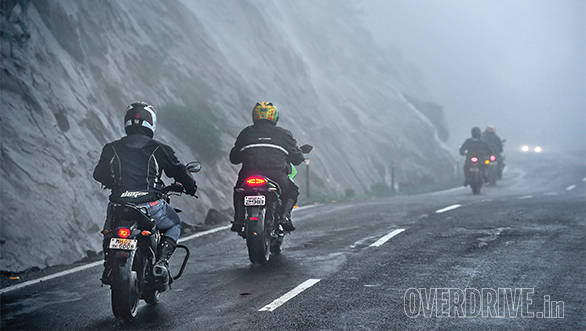 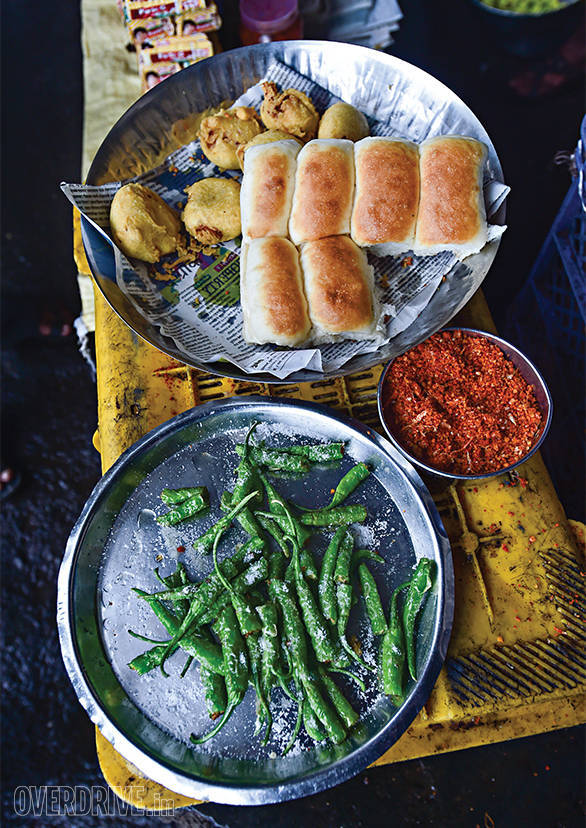 It rained and rained, we rode and rode and when we stopped, we ate. And ate some more

The five of us started out towards Malshej, a riding destination about 150km from Mumbai known for its waterfalls and beautiful roads. It was a place to be avoided on the weekend where people turn up by the hundreds during the rains to dance in the million waterfalls in their stained VIP Frenchies. Ugh. 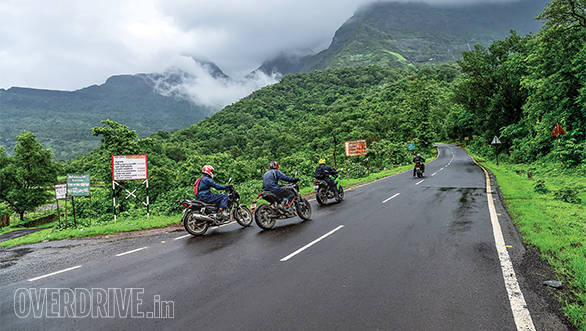 Not that Monday morning was proving to be a ray of sunshine. There wasn't any sun and by the time we got out of the last town on the route, Murbad, the trucks we'd followed had painted all of us a uniform, filthy brown. I stopped when I happened to flip up my visor and realise how wonderful the scenery was and how little of it I could see through the splatter. 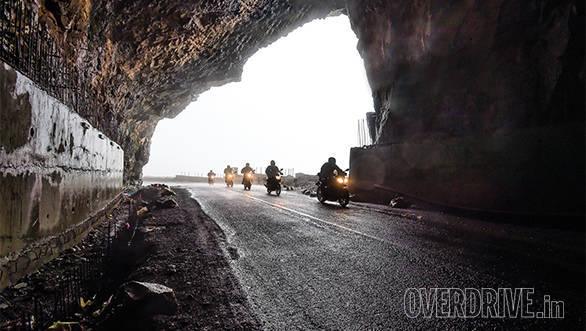 The cleaning of the visors, literally, transformed our ride. The roads ahead began to climb, first gently and then hard to the top of the ghat. The surface was unblemished, the rain was unrelenting and there was almost no traffic around us at all.

Normally, at a time like this, I would open power and fly up the mountain with my Triumph, wielding my 80-something PS advantage over everything but Rohit's Ninja. But today wasn't a day like that. We climbed in a well-spaced, swift convoy strung out like pearls on a rain-wet necklace laid carefully on the mountain's impressive neckline. Around us, strong monsoon winds shaped clouds. When they dissipated, they'd reveal sheer cliffs that seemed to rise straight into the sky. 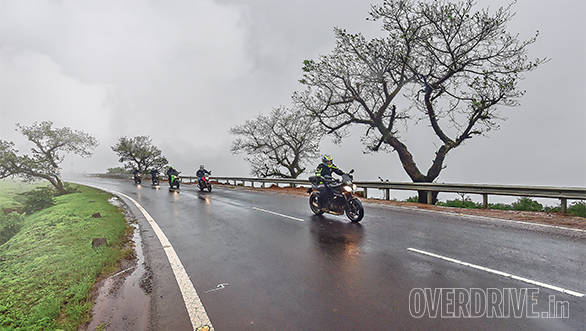 This is what special days are made of  simple joys, loved motorcycles and great weather

I was feeling so elated. There's a certain confidence and sense of union when you're riding your own bike that just cannot be replicated, even for us. Lijo, who tends to look like an antenna sticking out of most test bikes looked at one with his Pulsar. Like his beloved old black beauty wasn't a motorcycle but as much a part of him as his head or his spine. 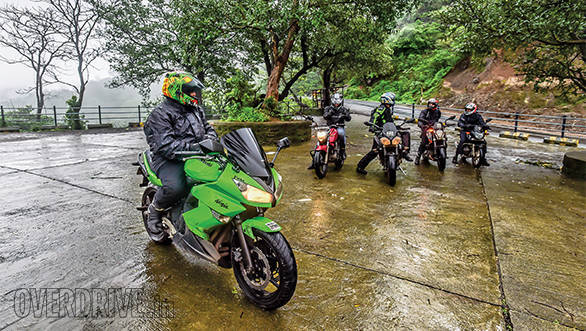 Similarly, Rishabh, our newest team member, whose Yamaha has clocked a frankly stunning 80,000+km in seven years of ownership was a pleasure to watch as he rode ahead. All of his usually overbearing caution and "they're watching me" nervousness was replaced by confident cornering which was eye-opening to watch given how wet the roads were. Especially when you consider that the Triumph, Kawasaki and the KTM had markedly better rubber on them than the Bajaj or the Yamaha. 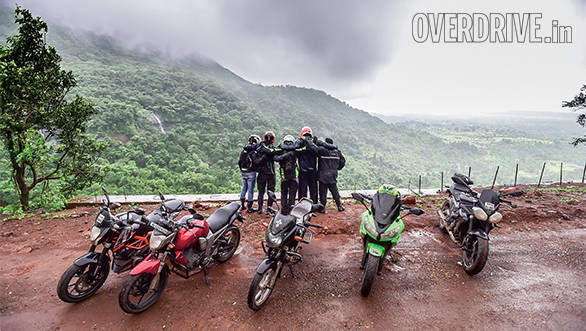 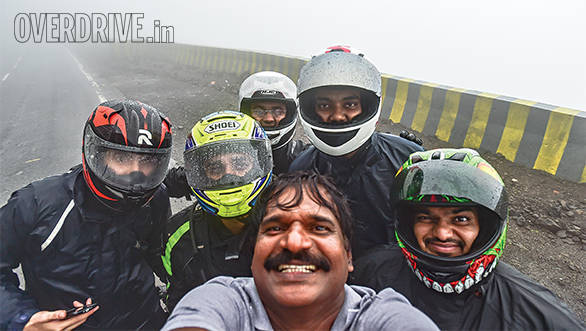 We would have taken selfies but we didn't want to offend Suresh, who shot us posing and then made us do a proper DSLR selfie too,.

When we got to the top, the world around us was like a movie set. We were enveloped in a cloud and the rain was heavy. Mountains played peekaboo as the visibility came and went. I don't think I'll ever forget the sight of the road snaking around the next hill visible for an instant as the cloud cleared for a few seconds and then shrouded the world in mystery and intrigue once more. 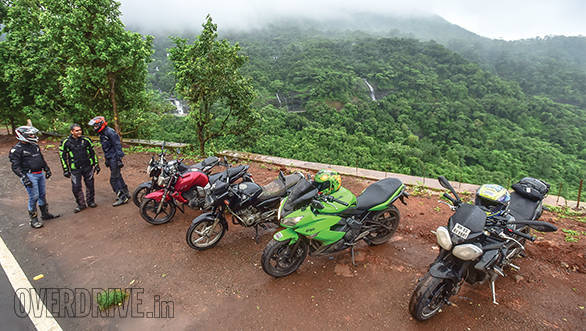 My Triumph felt superb. The grip from the tyres was unshakeable and despite its power and size - amongst this crew - it felt as manageable and easy to ride as any of these other bikes. Rishaad even thanked me for replacing the relentless whistling the Triumph is known for with a better voice thanks to the new exhaust. 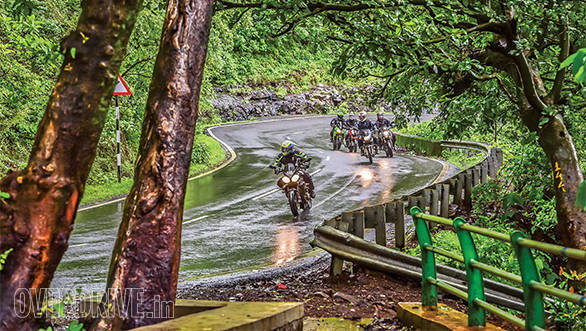 I'm surprised he was listening to my bike, to be honest. Most of the time, Mody's busy listening to his bike with ever-growing alarm as some ting-ting-ting or crik-crick-crick or phut-phut-phut sound or some passing vibration leads him inevitably to thinking that his KTM's about to have a massive mechanical episode. But I think even he felt that peace I was talking about. Of being out on his own machine, all of us doing our own thing, at our pace. In fact, it was the only day in living memory when I cannot remember Rishaad walking over to compare noise notes on his KTM versus mine. 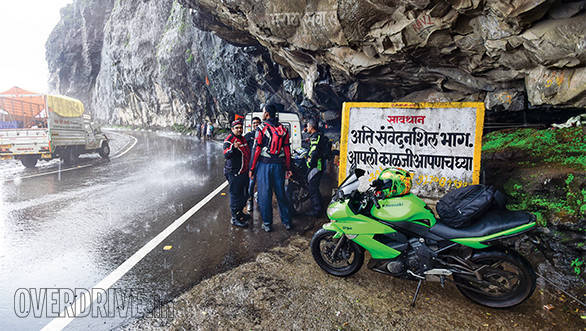 The bike that was getting all the attention, of course, was Rohit's Kawasaki. The Kawa-green is a hard colour to ignore on a motorcycle even though monsoon in Maharashtra is approximately that very colour. "I'll give a pose?," random people would walk up to him and ask and then the cellphones would come out, daring the rain to interrupt the selfies.

Hours later, on the way back, a deep sadness that I was dreading finally arrived. The life of the personal vehicles of automotive journalists is a hard one. They're the only motorcycles we have access to that we do not absolutely have to ride on any given day. Which means that often, we succumb to the lack of that pressure and ride that test bike or long termer instead. Years and years ago, this led slowly but inevitably to me having to part with two Yamaha RD350s that I still miss deeply and a Honda CB750 that I never really got to know. 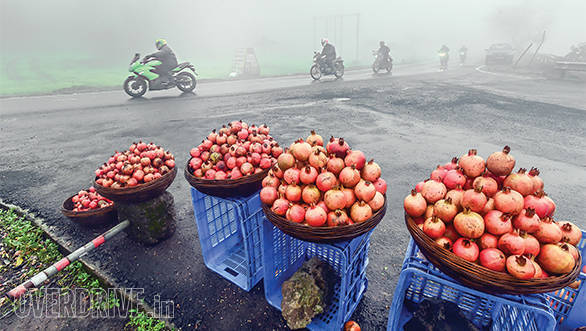 We managed to snag a working day out with our bikes and even turn it into a story. But how often will the stars align just so? I cannot remember that last time I saw Lijo ride his Pulsar  hell, I think this is the first time I've seen it at all. Halley rides his KTM to work now and then - although waking up today was clearly a challenge - but he manages that because usually he's out testing cars and finished the trip to work on the bike saves lots of time and aggravation. Has Rohit's Ninja ever been seen in the office? Nope, long term cars must get mileage. Ever since Rishabh's been assigned a long termer, his Yamaha's been a stranger too. 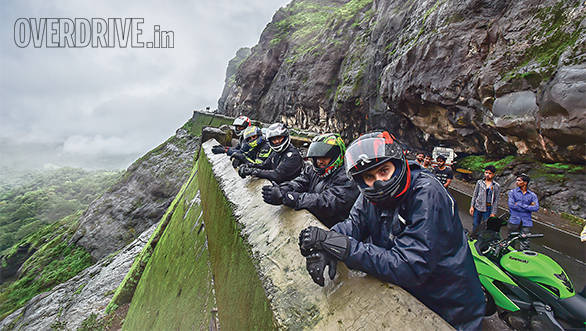 But today was a joyous exclamation mark at the end of a dull (well, for the purpose of this story at least) paragraph. We returned home splattered in mud, damp at the edges but glowing happily inside. The 300km we'd added to our odos were special. Today was our lucky day.